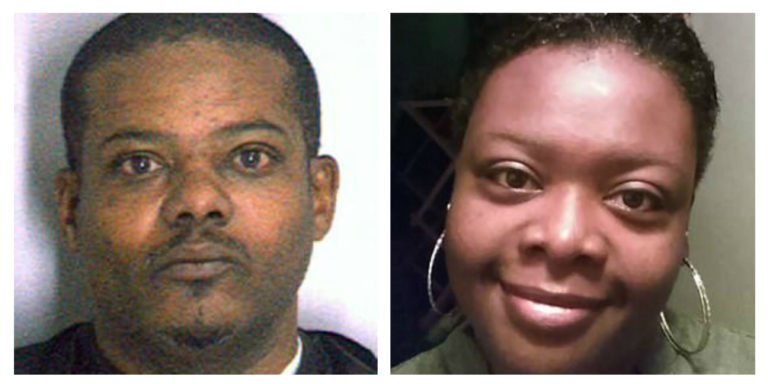 A mother-of-four was shot dead by her new husband in southeast Atlanta on Friday before being placed in her car with her four children, according to police.

James Leon Beard, 42, was arrested on the scene when police found the body of his wife Angela Juanette Bishop outside his home, but he claims the shooting was an accident.

After the shooting, Beard allegedly placed Bishop in the passenger seat of her Toyota Camry where her children, aged eight to 13, were sitting in the backseat.

Police believe that Beard shot Bishop twice in the chest in the doorway of his Panthersville apartment on Friday.

‘The (victim’s) body was placed in the passenger seat of her car after being shot,’ Beard’s arrest warrant states, according to the AJC.

‘The victim’s four children were in the car and gave the same account of events.’

Police are still unsure as to why Bishop’s body was placed in the car, or why the children were inside of it. The mother was pronounced dead at the scene.

Authorities believe the shooting was intentional, as Beard disposed of the Beretta .40-caliber allegedly used to kill his wife in nearby woods.

He told police that when he heard a knock at his door on Friday, he couldn’t tell who was there through the peephole.

When he answered, his gun ‘went off,’ and struck Bishop twice in the chest.

He has previously posted on social media about carrying a gun for his safety due to the high rate of murders in Atlanta.