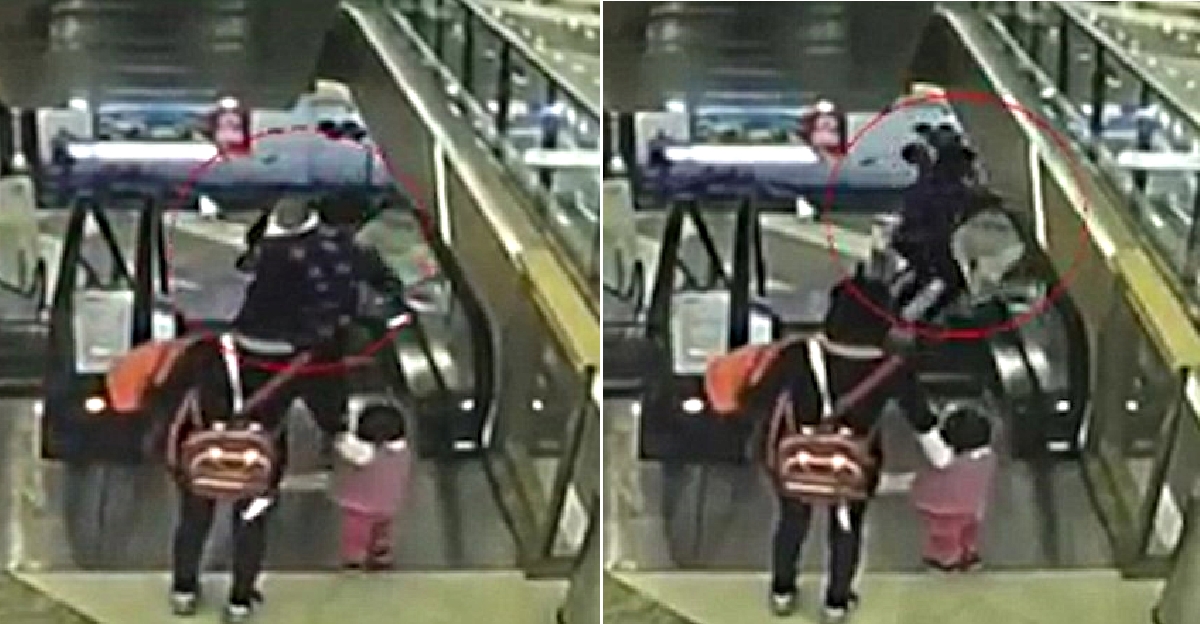 A horrifying accident involving a grandmother and a baby boy recently happened in China. The incident transpired at the Wu Yue Plaza department store, which is located in the Qingpu district of Shanghai.

Reports say that the escalator happened to be on power-saving mode. That means, it would only move once somebody gets on it. When the grandmother stepped on the escalator to go down, that’s when things went horribly wrong.

The baby was reportedly brought to the hospital for treatment. Unfortunately, he later died from his injuries. The reports said that he fell from a height of about 30 feet.

It happened in a split second.

TSA agent takes up skirt video of a woman on the escalator at Sea-Tac...