Dubbed as ‘the luckiest man alive,’ Adam Lyons has a pretty unusual relationship – he has two girlfriends and lives with both of them in the same house. Now the three of them are making headlines once again with the recent news that Adam is now set to become a father with both of these women.

36-year-old Adam Lyons, who is originally from East London but now resides in Austin, Texas, lives with Brooke Shedd and Jane Shalakhova, his two girlfriends. He and Brooke had a son together named Dante, 2, and now Jane just got pregnant.

“It’s so sweet that we all get to parent and raise the kids together,” said Adam Lyons who lives with Brooke Shedd and Jane Shalakhova. 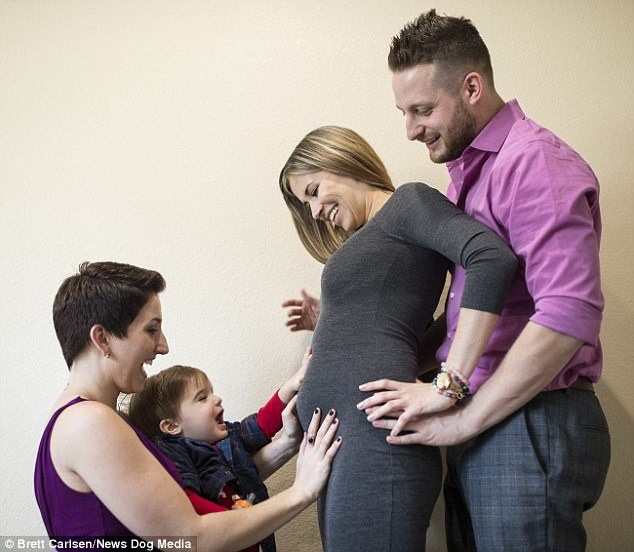 “It’s so sweet that we all get to parent and raise the kids together.

“We have talked about it at length and we all consider ourselves parents to the children.

“With the kids, our titles are officially ‘Dad’, ‘Mum’ and ‘Mum’. For us, three definitely works better than two.”

The three of them believe that their “unusual arrangement could be the future of relationships and parenting,” a DailyMail report tells us.

Three is better than two! 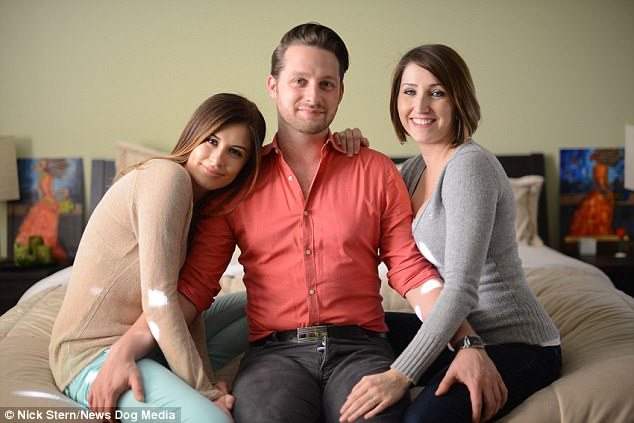 “For us, three people works because it enables us to manage daily life so much better.

“’So many of our friends are in ‘normal’ two-person couple relationships with kids, jobs and all the other typical responsibilities and I see them struggling to juggle their lives. It’s difficult with two people.

“But with three parents, we always have the ability for one person to look after the kids.

“As a result, we never begrudge each other anything because we all have lots of time.

“With three people, it’s logistically so much easier to handle all those things – we share out the responsibilities and it fits our sexual preferences too.”

They’ve earned criticisms but so far, the they’re now five years in their relationship. 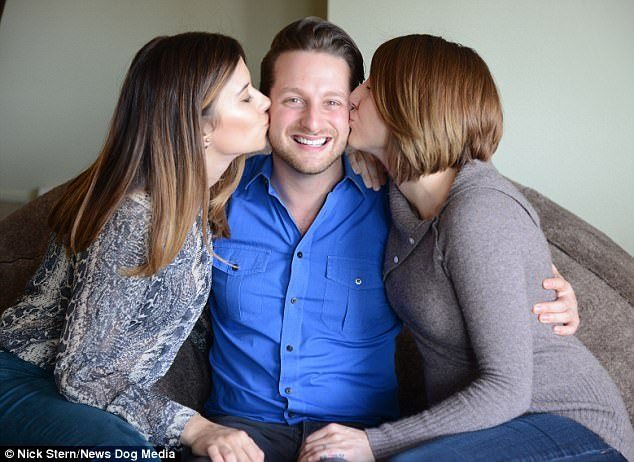 “When Brooke, Jane and I first came out about our relationship, we had some criticism and certain people said we wouldn’t last.

“But we’ve been going for five years now. What we have is not a fling or a phase, we’re a real family with healthy, happy kids. Our son Oliver doesn’t even recognize what is ‘unusual’ about our family.

“This should be the future of relationships, where people are able to enjoy love in any way they feel works. Three people and three parents makes so much sense to us.”

It’s a unique arrangement with 1 father and 2 mothers! 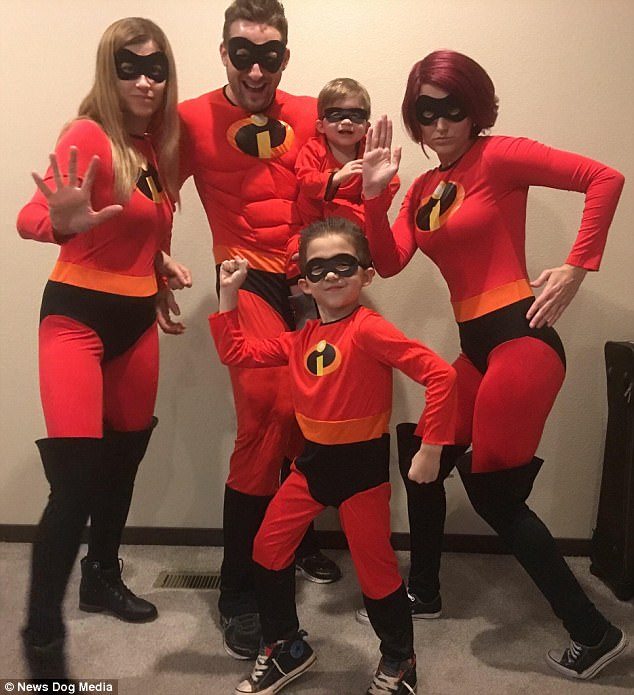 Meanwhile, 27-year-old Jane admitted that she never wanted to have any children until she realized how much easier it was with their unique three-way relationship.

“When I had boyfriends before, I never wanted or cared about kids.

“Growing up, I always thought that when you had a baby, you became a slave to your child. You see a lot of parents struggling.

“With three parents, we can still have a social life, make time for one another and share the parenting tasks so you don’t end up like the typical sleep-deprived mum! With two partners, there’s so much help and I’ll never have to leave my kids with someone I don’t trust.”

On the other hand, 28-year-old Brooke, a bisexual, also has Oliver, 7, her son from a previous relationship. 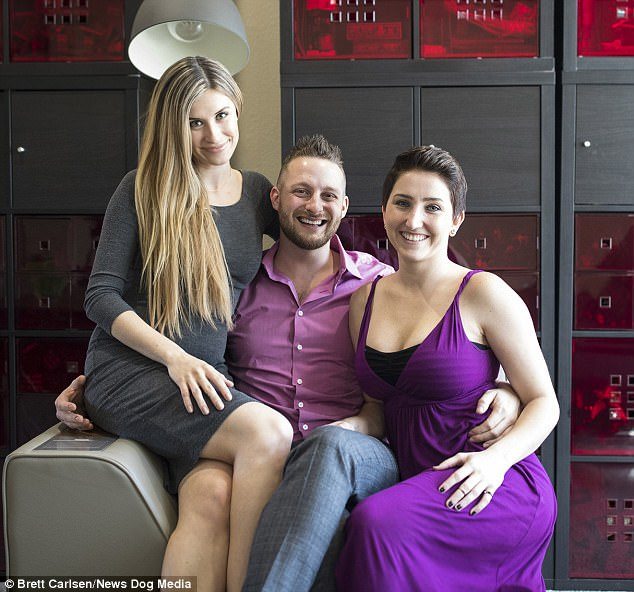 “I’m so excited for Jane’s pregnancy – I love talking to her bump. I’ve always wanted four sons so this is a dream come true.

“I think our good parenting is one of the sexiest things about our relationship. It’s incredible to see them Adam and Jane with the kids and how we share all the responsibilities.

“We definitely want a few more kids and I would love to have a wedding to show my commitment to Adam and Jane. Oliver says he would like to get married someday too and he knows three people can be really happy together in a relationship. We’re setting a good example.”

The three hopes to tie the knot soon and they are planning to have more children.

“Jane and Adam still really want a daughter so we’ve agreed that they should definitely try for another baby.

“But I would definitely love to get married to Adam and Jane. It’s something we’ve always wanted even though it’s not legal. Even so, it’s important that the three of us can make a commitment to each other with our family and friends around.”

How about the possibility of adding another partner, you ask? Well, they’re pretty much open about that, too. 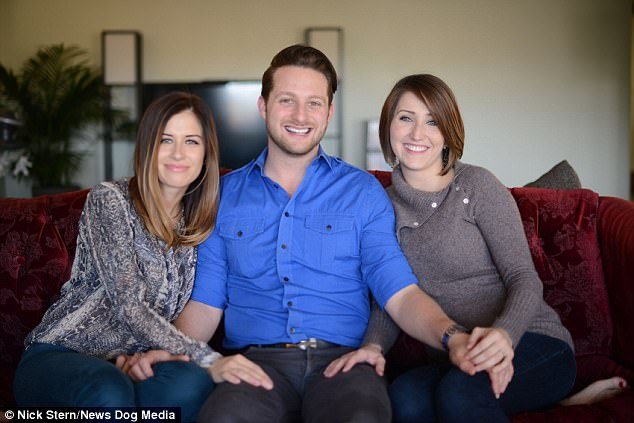 In Adam’s own words:

“We are still open in our relationship and we do sleep with other people outside the thee of us but to be honest, we don’t have much time anymore! We’re exhausted and happy with the children.

“We’re still open to fun when it comes along. If we wanted to add someone, I’m sure we could.”