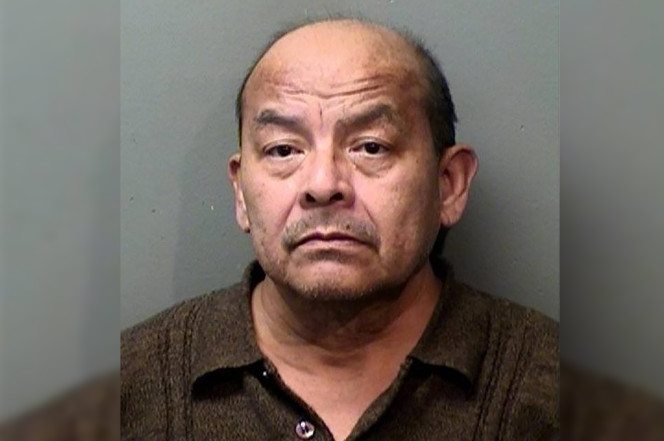 Joe Garza Jr., 65, of Fort Worth, was arrested on March 3 for possession of child pornography. He was later charged with continuous sexual abuse for allegedly molesting the girl. Prosecutors on Tuesday charged Garza with a second count of continuous sexual abuse for allegedly abusing the girl’s older sister years ago, the Fort Worth Star-Telegram reports.

The girl’s brother was trying to fix his own hard drive when he asked to borrow Garza’s computer, according to Officer Domingo Martinez, a Fort Worth cop assigned to the North Texas Internet Crimes Against Children Task Force.

“When he hooked it up, he saw a folder on there,” Martinez told the newspaper. “Curious, he looked at it, and that’s when he saw pictures of his sister.”

The boy gave the computer back to Garza and told his parents. The boy’s mother later texted Garza, asking him to come over to confront him about the alleged images, Martinez said.

“They talked for two hours,” he said. “I don’t know if he openly admitted it but he said he has a problem and asked her not to call the police and that he would disappear and not come back.”

The boy’s mother then texted her older daughter, telling her to call police. Garza was at the family’s home when officers arrived and admitted to Martinez that he sexually abused the 10-year-old girl. He also admitted taking photographs and videos of the girl, according to an arrest warrant affidavit cited by the newspaper.

Garza, who remained jailed as of Tuesday on $145,000 bail, also confessed to molesting the girl’s older sister when she was about 10 or 11 years old, the affidavit states.

Martinez said he believes both girls were abused for at least a year. The older sister, who is now in her teens, told investigators that Garza forced her to wear a blindfold when he abused her.

In one of the videos, a girl believed to be the older sister is seen hanging upside down in a dining room from what appears to be a white rope. A search of Garza’s home revealed a wooden contraption with white rope hanging from a rafter in the dining room, according to the affidavit.