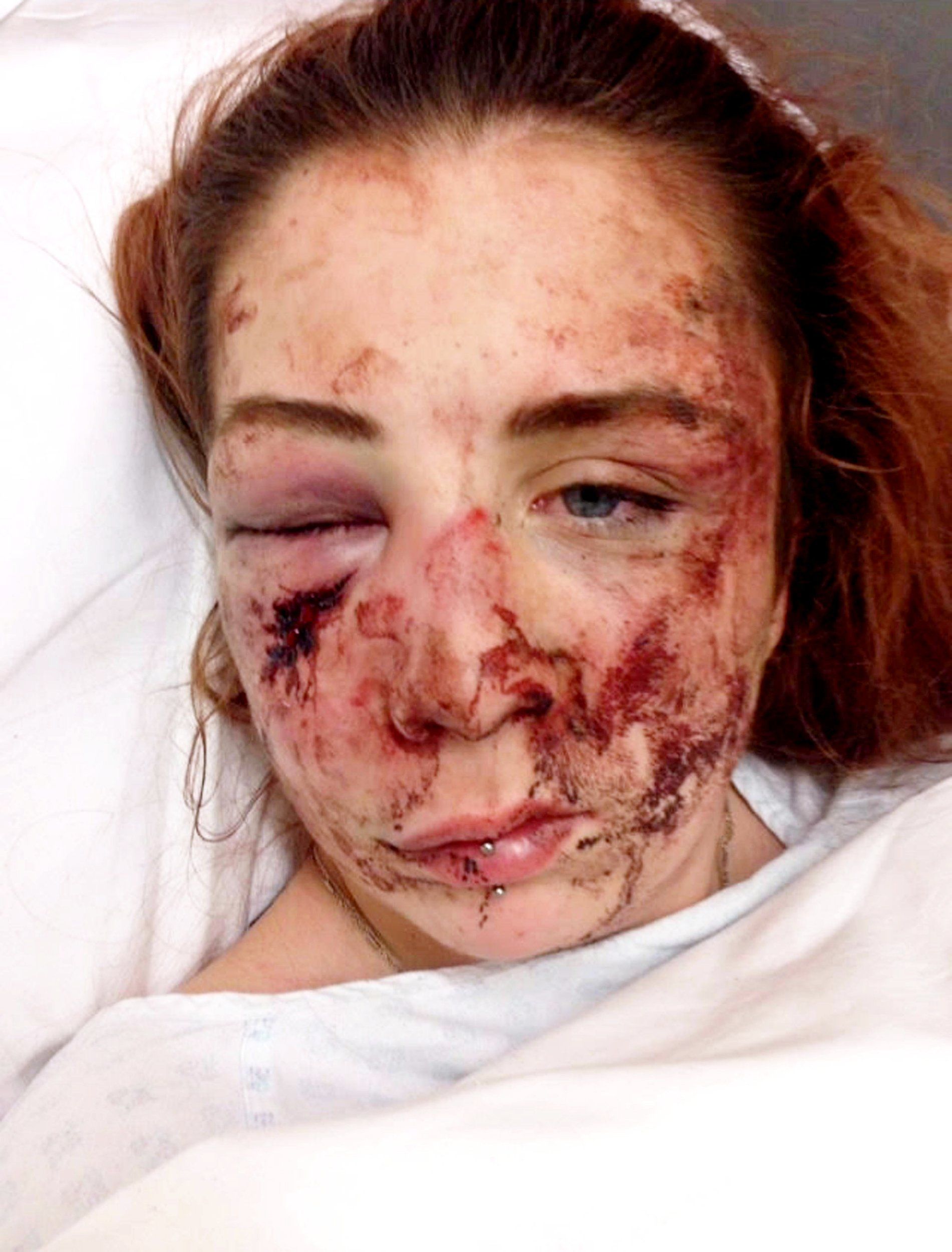 A teenager has spoken about a brutal attack that only stopped when someone was heard saying ‘leave her, I think she’s dead’.

Emily O’Reilly was knocked out and left in the gutter following the unprovoked attack as she made her way to a friend’s house.

She was pulled to the ground by her hair, repeatedly punched and kicked, and had her face stamped on in Darlaston, Walsall.

When she regained consciousness she realised that her phone and bracelet had been stolen and ran to a nearby pub for help on Monday night.

She said: ‘I turned around and saw this girl I knew. She demanded my phone and punched me in the head. 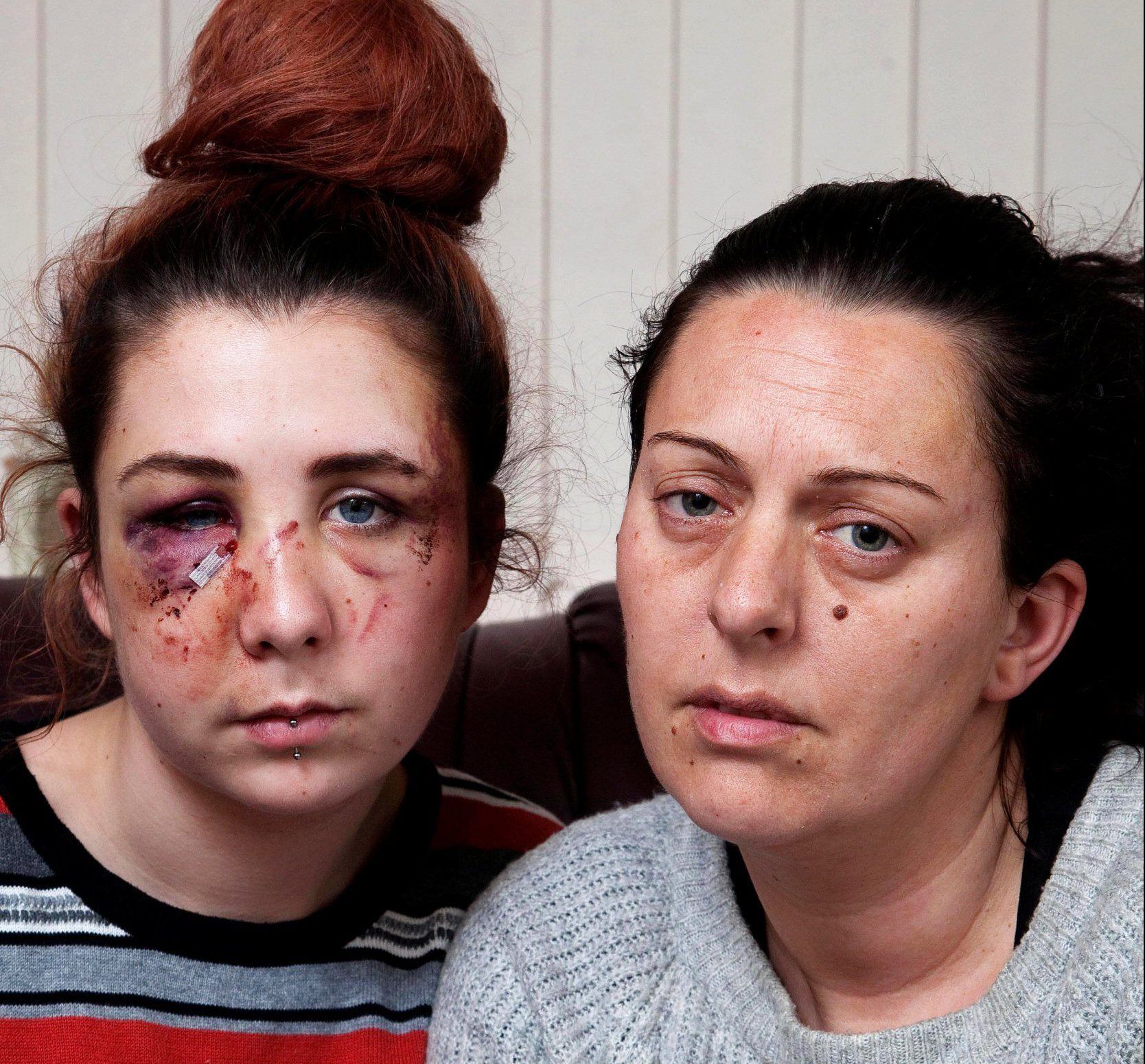 ‘I stuck my phone down my trousers but she pulled down my jeans and grabbed my phone as well as my Pandora bracelet.

‘The next thing I know I’m just lying on the floor and she is just stamping on my face and kicking me. I remember being punched a lot too.

‘I ran to a pub for help after I came back round and even then I could see her returning to the area with more people looking for me.

‘This was after her friend thought I was dead. She was still coming back looking for me. It has left me really scared. I’m in so much pain. I don’t even want to go out any more.’

Emily, who was diagnosed with Asperger’s when she was six has been left permanently disfigured as a result of the vicious robbery and unable to open her right eye. 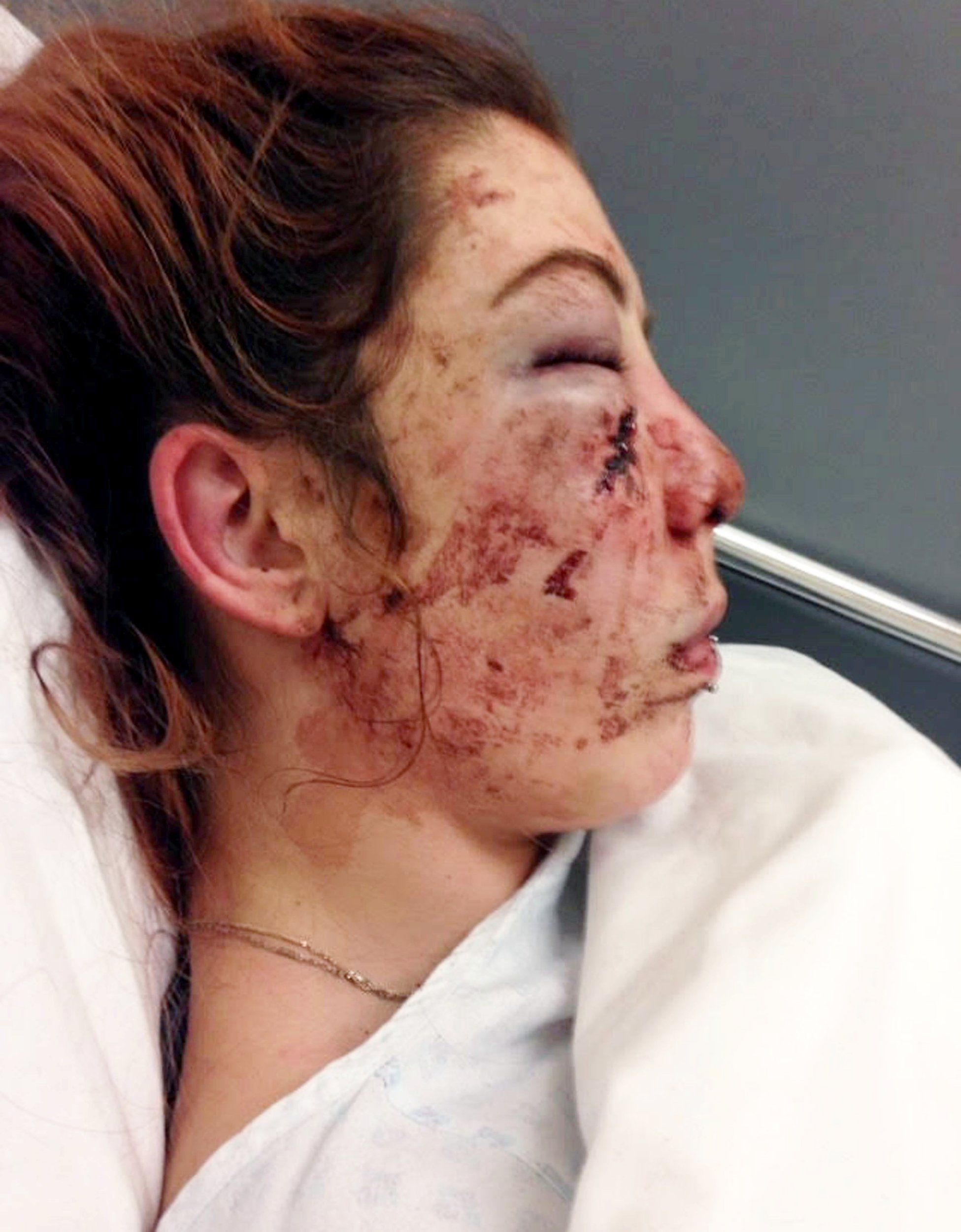 Her mother said she didn’t recognise her daughter when she saw her at Walsall Manor Hospital.

‘It just didn’t look like my daughter,’ she said: ‘There was blood everywhere. I just burst into tears when I saw her, I could not believe somebody could do that do another person.

‘I want people to see these pictures to see the impact these attacks can have and that violence is just not the answer.

‘She can’t even open her eye. She keeps crying but I can’t tell because I can’t see her tears through the swelling.

‘She has been left permanently disfigured. As her mother, it breaks my heart to see her like this. You just don’t think it would ever happen to your own child.’ 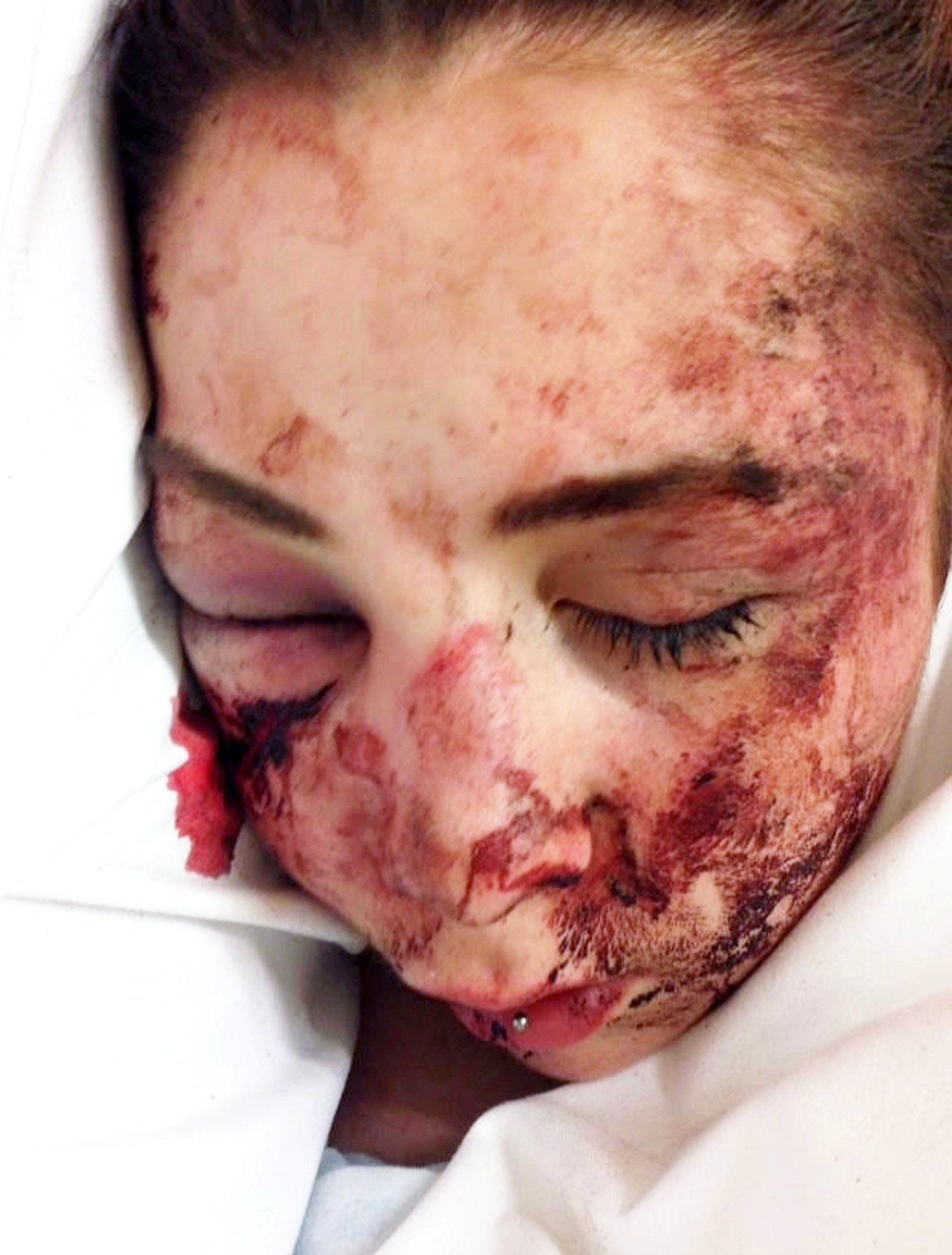 Her mother added: ‘She has Asperger’s, which makes her unaware when she’s in a dangerous situation. The girl just took advantage of that and beat her within an inch of her life.

‘All she wants to do is fit in as a teenage girl – but she hasn’t been the same since and I’m worried about the long term effects this could have. This sort of violence cannot continue on our streets.

‘I think its getting worse in Britain and there needs to be harsher punishments for violent attacks as they seem to be happening more often.’

A 16-year-old girl, from Darlaston, was arrested on suspicion of robbery and appeared at Wolverhampton Youth Court on Wednesday.

The case was adjourned and she was granted bail to reappear at the same court on March 31.

Please SHARE to raise Bullying Awareness and read our other bullying news.

Reckless Woman Throws Her Baby To Fight in The Bus