The mysterious death of a Chicago teenager at a local hotel has angered her family and friends, some of whom are demanding that the hotel be closed.

Her mother, Tereasa Martin, told the Chicago Tribune that she last saw her daughter around 11:30 p.m. on Friday, when the girl went out with some friends to a party to celebrate getting a new job. Jenkins reportedly spoke to her sister around 1:30 a.m. Saturday. She went missing a short time later.

Jenkins’ friends called her home around 4:30 a.m. on Saturday to say they had found her cell phone and truck keys but couldn’t find her, according to CBS Chicago.

Although Martin went to the hotel and asked employees to immediately search any surveillance video, she said they told her they couldn’t do that without a missing person’s report. Police suggested that Martin wait a few more hours before filing a report just in case her daughter showed up on her own.

The missing person’s report wasn’t filed until Saturday afternoon. After an 11-hour search, hotel staff found Jenkins dead in the freezer, which was located in an unused area of the facility. 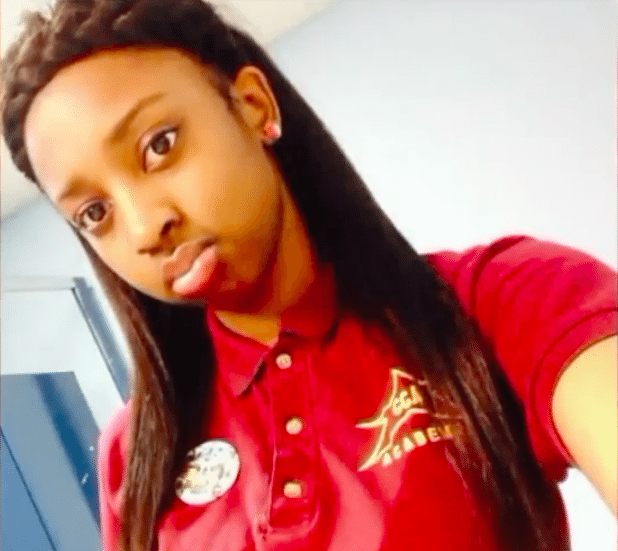 Martin said police believe that her daughter was intoxicated and, for some reason, let herself into the freezer and then was unable to open the door from the inside.

An autopsy was performed Sunday. It wasn’t immediately clear if there had been foul play, a spokeswoman for the Cook County Medical Examiner’s office told the Chicago Tribune.

The stories told by people who were at the party with her daughter have changed quite a bit since Friday night, according to Martin.

“I think that someone knew it was an inside job. Someone knew what was going on,” Martin told WGN TV.

A Facebook Live video made by Jenkins’ friend Irene Roberts has garnered a lot of attention. (The video has since been posted to YouTube.) Some people hear the words, “We’re about to murder somebody,” at the 25-second mark.

Detectives are looking at the Roberts video and others, a Rosemont Police spokesman told reporters.

Meanwhile, some of Jenkins’ friends and family have created a petition demanding that the Crowne Plaza be shut down because of the way employees handled this tragedy.

The petition lays out the case this way:

“Mother of victim went to hotel to identify her child and was refused to let her inside and employees of the hotel asked her to leave the premises. Cameras are not being shown to [victim’s] family, Of how the victim got to the freezer, when a camera is across [from] the freezer. And claiming the cameras were Shut down due to maintenance.”

Other petitions launched on behalf of Jenkins’ family are also calling for justice, including this one and this one.

The hotel released a statement on Sunday:

“We are saddened by this news, and our thoughts are with the young woman and her family during this difficult time. The hotel staff will continue to cooperate fully with local authorities. All further questions should be directed to the Rosemont Police Department.”