A dad-of-three who doused his daughter in gasoline and then set fire to her says he did it because his daughter ‘was too beautiful’, a court has heard.

Edward Herbert, 43, is accused of pouring gasoline over his three-year-old in front of his partner after a day of drinking and smoking cannabis at their home in Perth, Australia.

He then set the girl on fire and poured gasoline over his seven-year-old daughter.

His younger daughter was left with burns to her face and upper body and required surgery and laser scar management. 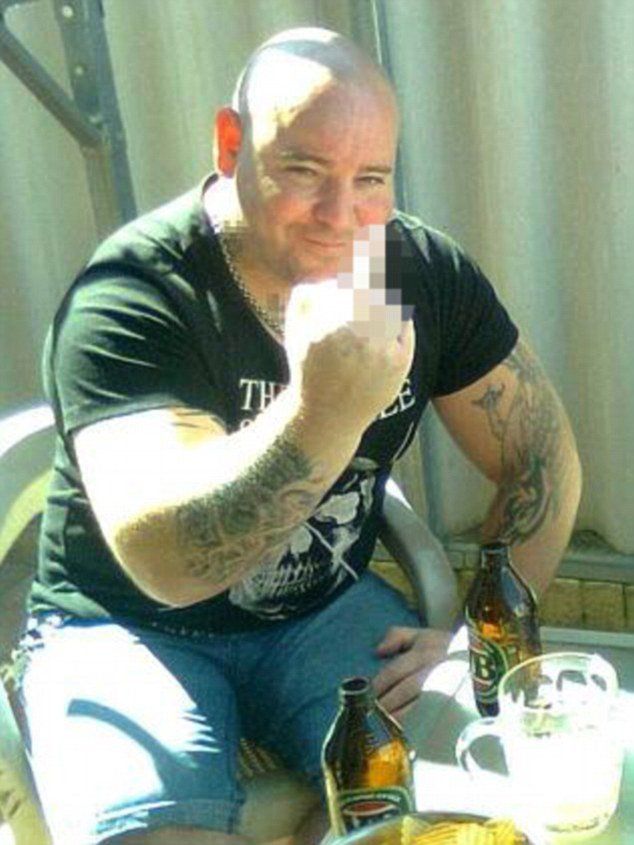 The court heard how around midnight, Herbert told his wife ‘the werewolf is coming at 12pm’ and ‘that’s it b****, I am going to kill you’ to his daughter before getting gasoline and entering her room.

He then poured gasoline over the young child and set her alight before dousing the older child in gasoline.

According to reports, the family’s neighbor Daniel McMillan arrived shortly after and found Mr Herbert in the kitchen drinking beer.

Herbert then allegedly told Mr McMillan that they were his kids so he could do whatever he wanted and that his young daughter was too beautiful and that is why he burnt her.

Herbert admits burning his child but claims he was insane at the time and so not guilty.