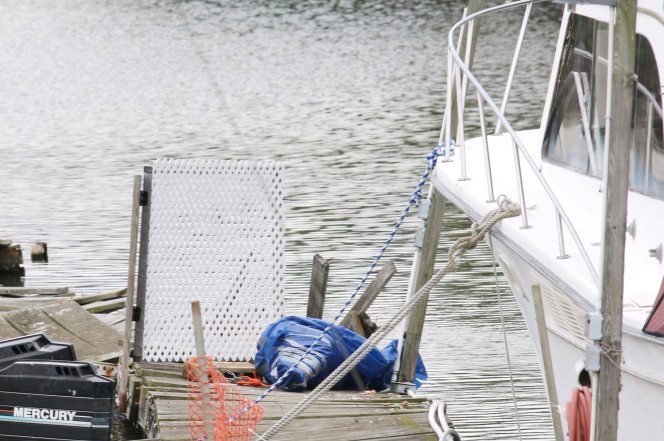 A Dead body tied to cinder block washes up in Brooklyn!

The body of a man — wrapped in a tarp with a cinder block attached to his legs — was discovered in a Brooklyn waterway on Saturday, cops said.

The unidentified man’s corpse was found, covered in a blue tarp and sealed with duct tape, near East 58th Street and Avenue U in Mill Basin just before 11 a.m., police said.

An electrical cord, tied to a cinder block, was fastened to his legs, police said.

The City Medical Examiner’s office will determine his cause of death.