A young caregiver has issued a warning to couples after having to get a four-inch sex toy surgically removed from her rectum.

Emily Georgia, 20, was left almost needing a colostomy bag when the stainless steel toy vanished during a night of passion.

After attempts to manually retrieve it failed a concerned friend rushed Georgia to the hospital where doctors warned her there was a risk of it perforating her bowel.

The caregiver is now speaking out to warn others that embarrassment shouldn’t stop those who find themselves in similar predicaments from seeking medical help.

Georgia from, who lives in East Preston, a small town on England’s south coast, said: “We were having a naughty night in last March and decided to use the toy – I’d never used one before.”

She added: “I think he got too excited and managed to push the end of it in too. It was a goner.” 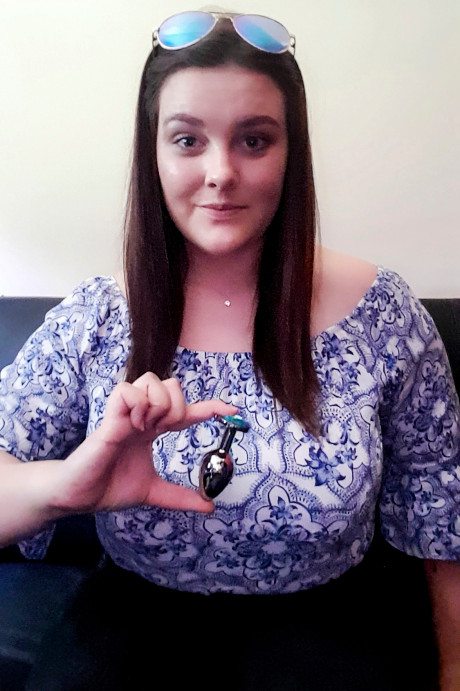 “I began to panic and told him I needed to go the hospital. He said it should come out naturally on the toilet and then he said ‘I’m really sorry I have work early in the morning’ and he shot off.”

“My housemate didn’t believe me at first but when I began to get upset she realized I wasn’t [joking].”

The pair rushed to the hospital and Georgia was assessed and then went for an X-ray which showed just how high up the sex aid had gone.

Georgia said: “I waited for three hours – by this point, the pain started to kick in.”

“It was already in my bowel bashing me about and because it’s made of stainless steel it felt really heavy and uncomfortable.”

“I assumed they could get it out manually but it was only when I saw the X-ray did I realize they couldn’t and how dangerous it was.”

“I’m petrified of needles so when they lay me down and a nurse put a line in I realized they needed to operate. I was terrified.”

As she was being wheeled to have surgery the following day, doctors told Georgia if they couldn’t extract it rectally they might have to go through the bowel and take some out which could mean at least six months with a colostomy bag.

Georgia said: “Obviously when they said about the colostomy bag I was devastated – I’m only 20.”

“I’m a caregiver and I’ve seen colostomy bags – they’re not pretty, I’ve never been so frightened.”

“When they spoke about the gem and that it could perforate my bowel I was devastated that a night of fun could have killed me.”

Georgia underwent hour-long surgery which involved placing a camera inside her before it was manually extracted. 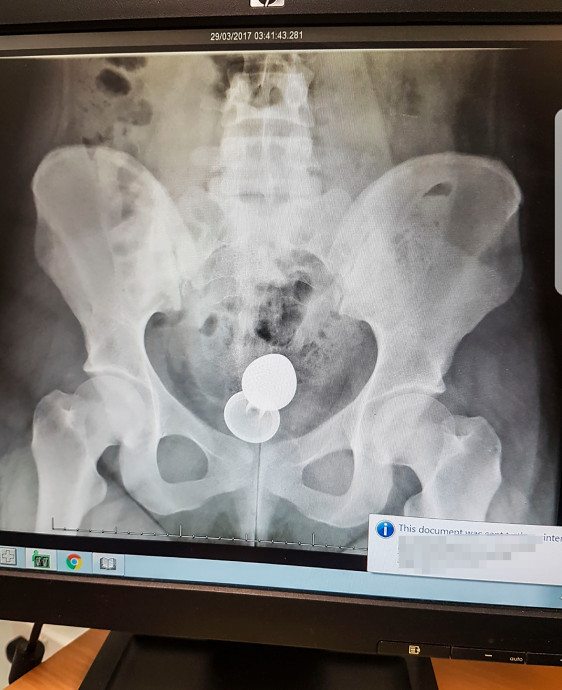 Post-surgery nurses offered the toy as a keepsake which she accepted.

Georgia said: “If anyone is in the same situation I would advise to obviously try and get it out yourself first but then definitely take yourself straight to the hospital if you can.”

“It’s not as embarrassing as it seems – people [in the emergency room] see things like this all the time and will have seen far worse things up people’s rectums.”

“The hospital staff were amazing – they were so funny and never once made me feel uncomfortable, that’s why I find it so easy to talk about.”