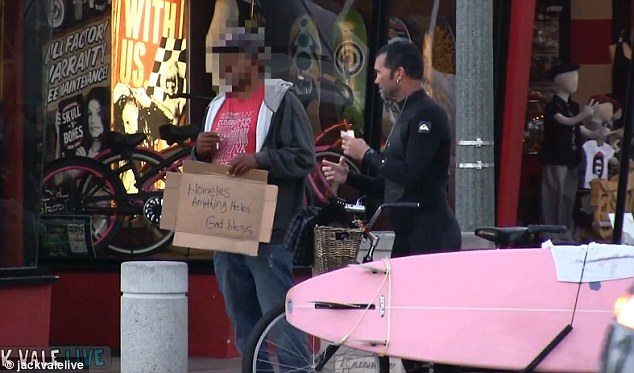 Moment ‘Homeless man’ was caught driving to his OWN home by YouTube presenter.

A Youtube personality has released footage of a supposed ‘homeless man’ who was seen panhandling for money before he later drove off in a nice car and was eventually confronted at his house nearby.

According to Vale, his uncle had given the man some money several days ago only to then see the man a few moments later getting into a nice white car and driving off.

However some have doubted whether the footage is real as Vale’s previous videos include a series of pranks.

Vale decided that he would investigate and on Saturday spotted the man begging again.

The footage starts with the man, who is shabbily dressed and carrying a mis-spelt sign that reads ‘Homeles (sic) Anything helps God bless’, accepting money from a series of Good Samaritans.

When the man decides that he has finished begging for the day, Vale and his uncle follow him to a garage, where he emerges moments later driving a clean, late model Chevrolet Malibu.

After following the supposed homeless man to a property in a nice neighborhood they wait for him to enter before knocking on his door and confronting him.

Initially the man claims the house isn’t his, but as thing heat-up he quickly losses his cool and refers to the house as his. 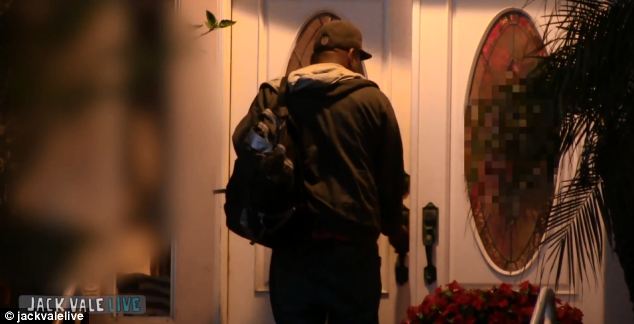 After admitting that he was the one holding the sign, he pushes Vale and tells him to ‘Get the f**k off my porch.’

The credibility of the video has been called into question by some commentators on the YouTube channel, which is more typically home to pranks that Vale has made his name with in the past.

The video ends with Vale saying that he hopes the expose doesn’t discourage others from giving to those who are genuinely in need.

‘Do what you can to help them. Remember, it’s more about the place in your heart where the gift comes from,’ he said.

Read more of our crazy news!

Teachers get into brawl in front of horrified students