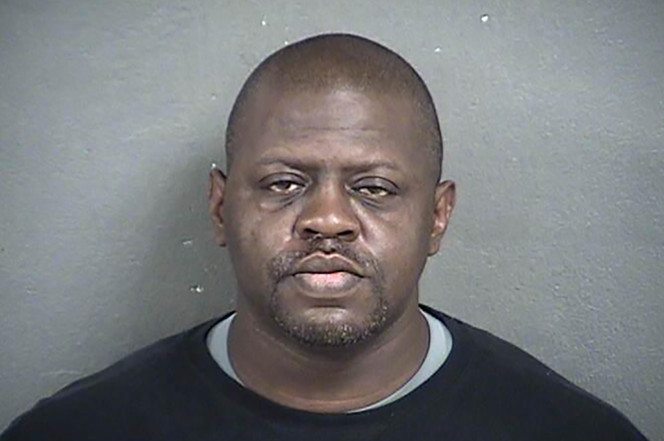 A Kansas man pleaded guilty to killing his 7-year-old son and feeding his emaciated body to pigs.

Michael A. Jones, 46, of Kansas City, pleaded guilty on Friday in Wyandotte County District Court to one count of first-degree murder in the death of little Adrian Jones, whose remains were found in a barn at a property rented by Jones and his wife, the Kansas City Star reported.

Judy Conway, the boy’s grandmother, told the newspaper she had been prepped to testify in Jones’ trial, but was “relieved” to learn of the guilty plea.

“It makes me pretty happy,” she told the newspaper. “I’m relieved that [Jones] and Heather [Jones] will hopefully be behind bars for the rest of their life. It won’t bring Adrian back, of course, but it makes me feel really good that neither one can hurt another child again.”

The boy’s stepmother, Heather Jones, 31, pleaded guilty to first-degree murder and child abuse in November. She was sentenced to life in prison with no chance of parole for 25 years. She also received an additional five years and eight months in prison for child abuse.

Chief Deputy District Attorney Sheryl Lidtke described Adrian Jones as a curious, energetic boy who “was cute as a button” and said the abuse he endured was the worst she had seen in her nearly three decades as a prosecutor.

“He was horribly abused, neglected and ultimately killed,” Lidtke told the newspaper in November. “I’m sure his suffering was unbearable.”

Lidtke said Adrian was “essentially starved to death.” According to court documents, he died sometime between Sept. 18 and Oct. 4, 2015, but his remains weren’t found until more than a month later — when police were called to the family’s home for a domestic disturbance.

Michael Jones was arrested the day before Thanksgiving in 2015 and was later charged with aggravated battery and aggravated assault for that incident, but investigators learned while on the couple’s property that the boy had not been seen for several months.

A search warrant was then executed on the property and human remains found in a barn were later identified as Adrian’s through DNA testing.

Wyandotte County District Attorney Jerome Gorman said the crime scene was “one of the worst things” investigators had seen in their careers.

Jones, who faces a life sentence with no chance of parole for 25 years, is scheduled to be sentenced May 3.