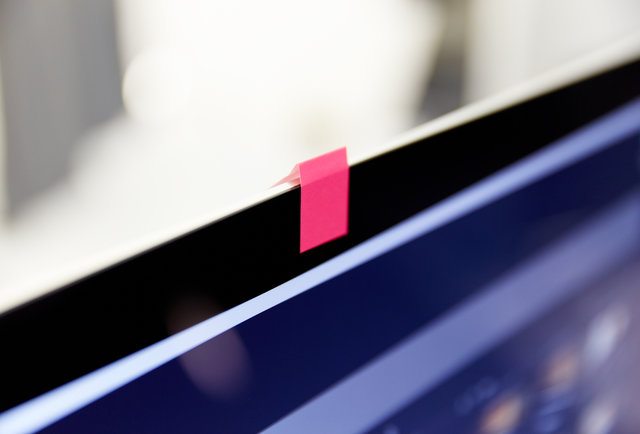 Mark Zuckerberg made headlines earlier this summer when a photo celebrating Facebook’s 500 million user milestone revealed he too covers his computer’s built-in webcam and microphone. And while you may have been among the many people who mocked the seemingly paranoid move at the time, a particularly credible figure has now come out in support of the practice: FBI Director James Comey.

While speaking at a conference at the Center for Strategic and International Studies in Washington D.C. on Wednesday, Comey defended his use of tape to cover up his personal laptop’s webcam, saying it’s a common sense security measure everyone should be taking to protect their privacy and security, according to a report by The Hill.

“There’s some sensible things you should be doing, and that’s one of them,” the FBI chief said. “You go into any government office and we all have the little camera things that sit on top of the screen. They all have a little lid that closes down on them. You do that so that people who don’t have authority don’t look at you. I think that’s a good thing.”

Comey also likened the DIY security hack to when people lock their cars or their front doors at night. Of course, some observers have found it funny or ironic that Comey takes such steps to protect his privacy, when the FBI very publicly sparred with Apple over the agency’s demand to unlock an iPhone owned by one of the San Bernardino, CA shooters. Opponents of the FBI’s fight over the iPhone decried it as an attack on digital privacy, per the report. Comey, however, continues to recommend the simple measure.

“It’s not crazy that the FBI director cares about personal security as well,” he said. “So I think people ought to take responsibility for their own safety and security.”