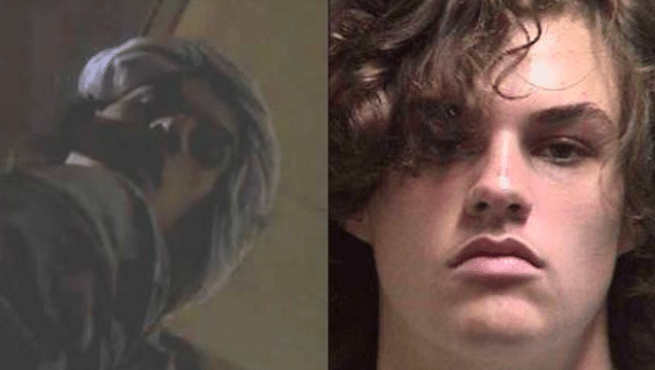 A Florida teen who allegedly stole a cell phone was busted when a quick-thinking deputy Facetimed the victim’s phone — and the suspect answered.

The Okaloosa County Sheriff’s Office deputy took a screenshot of the Facetime conversation and showed it to the victim, who was able to verify that the person in the picture was the man who stole his phone.

Chandler Ridge Carlyle, 18, of Fort Walton Beach has been charged with grand theft in connection with the April 30 incident.

The victim, who police have not named, says he and Carlyle were at a friend’s house when he allowed Carlyle to use his phone to call for a ride home. But he claims that Carlyle left with his phone, which is valued at approximately $600, according to the Okaloosa County Sheriff’s Office Facebook page.

Before calling, the OCSO deputy sent a text message to the victim’s home identifying himself and requested that the phone be returned to its rightful owner. After receiving no response, the deputy made the Facetime call. After the defendant picked up, the deputy was also able to compare the screenshot he took to the defendant’s driver’s license.

The Facebook posting has been shared over 200 times and has dozens of amused comments from people praising the deputy’s investigative methods.