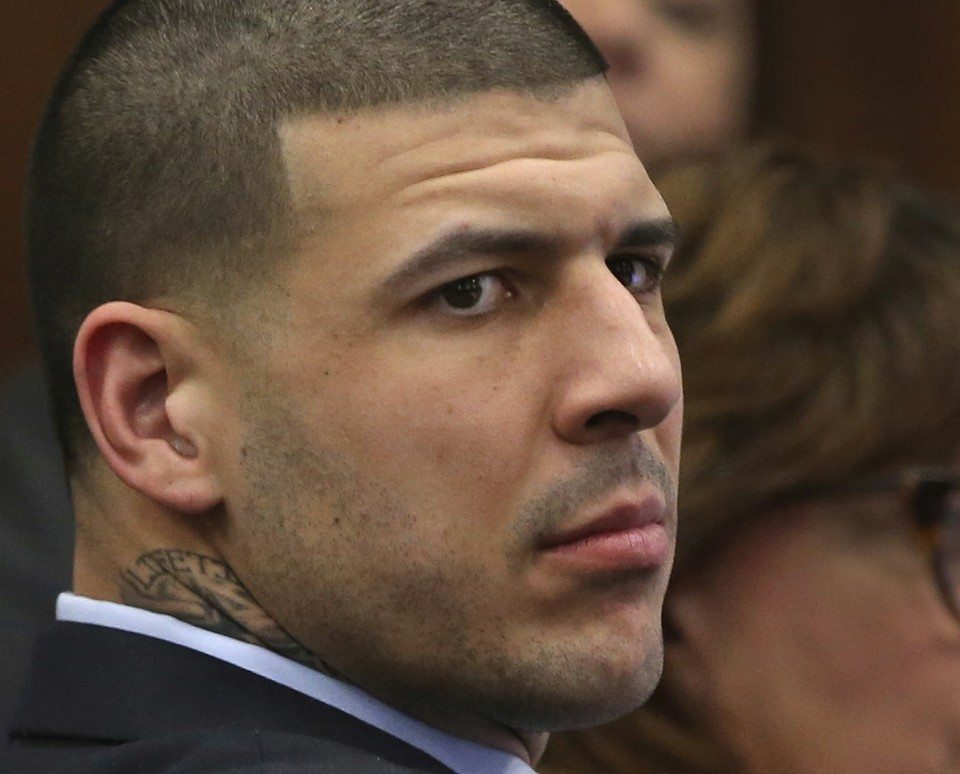 Aaron Hernandez, the former New England Patriots tight end who was serving a life sentence without the possibility of parole for murder, hanged himself in himself in his prison cell, Massachusetts Department of Corrections officials say.

Officers at the Souza Baranowski Correctional Center in Shirley, Mass., found Hernandez, 27, hanging from a bedsheet  at about 3:05 a.m. Wednesday. They attempted lifesaving techniques and he was taken to UMass Memorial Health Alliance Hospital in Leominster, where he was pronounced dead.

Christopher Fallon, the deputy commissioner of communications for the Massachusetts Department of Corrections, told The Post in an email that Hernandez, who was in a single cell in a general population housing, attached the sheet to his cell window and tried to block his door by “jamming it with various items.”

He added that Massachusetts State Police were present and an investigation is ongoing.

Hernandez’s death ends a stunning fall from the golden life of a star athlete and comes on a day when the Patriots are visiting the White House to celebrate their victory in Super Bowl LI.

He was serving the life sentence for the June 2013 murder of Odin Lloyd. A little less than a week ago, he was acquitted in a double murder trial but was convicted of a gun possession charge. There was a brief, sweet moment during that trial when Shayanna Jenkins-Hernandez, his fiancee, brought the couple’s 4-year-old daughter to the courtroom and the two exchanges waves. For a brief moment, he smiled broadly and his face lit up.

This is a breaking news story. Check back for updates.