A bachelor or bachelorette party is supposed to be a proper send-off for the groom and the bride. Most people celebrate it by having wild and fun nights with their friends as it is considered the last day of freedom for a bride and a groom. One woman, though, took it too far with her bachelorette party that she ended up losing her groom-to-be.

A man who’s supposed to get married to the love of his life had to cancel the big day after seeing a video of his wife-to-be screwing another man. Reportedly, the video was hacked and got sent to the groom. In the video, the woman can be seen surrounded by her friends cheering for her as she gets banged hard by a stripper at her bachelorette party. 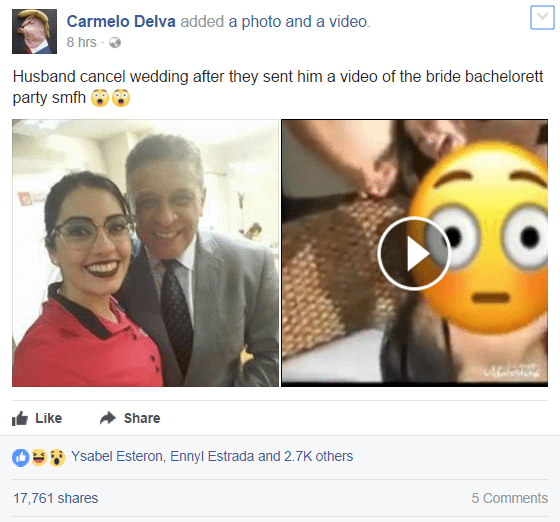 Groom Cancelled The Wedding-To-Be After Seeing The Footage Of His Bride Going Wild In Her Bachelorette Party! pic.twitter.com/We4lFW5wjL