PALM BEACH COUNTY, FL — A Florida husband and father was sentenced to five years in prison for a car wreck that killed his wife as they had sex while he drove drunk.

Matthew Notebaert, 33, was convicted of vehicular homicide and DUI causing injury three years after the death of Amanda Notebaert. Amanda, 31, was killed on March 9, 2014, after her husband crashed their car into a canal bank while the couple was having intercourse in the driver’s seat.

She was pronounced dead at the scene. Neither had been wearing seat belts. 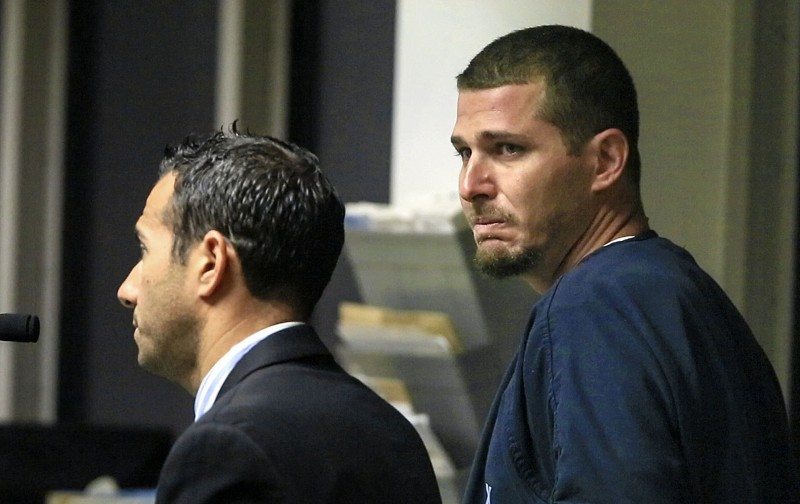 Matthew was later found to have a blood-alcohol level that was twice the legal limit, as well as traces of marijuana in his system. The couple had been out to a concert earlier that night, where they had been sharing a flask of liquor they’d snuck in. It was Amanda’s first evening out since giving birth to their second child a few months earlier.

The Palm Beach County judge who sentenced Notebaert called the incident one of “the most senseless, tragic acts” she’s ever come across. The conviction caused a split between the couple’s families and friends. Amanda Notebaert’s parents and grandmother told reporters that Michael was to blame, while her aunt and her closest friends claimed the couple was madly in love, and that Amanda would not have wanted her husband to go to jail.

Notebaert was facing a minimum sentence of 10 years, but given the circumstances of the case, his lawyer had been been hopeful that his client might receive only probation so that he could raise his children, aged 12 and 3. But the judge took Notebaert’s previous felony charges of cocaine possession, burglary, and grand theft into account when announcing her sentence.

He received five years for vehicular homicide and one year for the driving under the influence charge, which will run concurrent to his five-year sentence.

Teacher Avoids Prison Despite Confessing to Having Sexual Relationships with Students