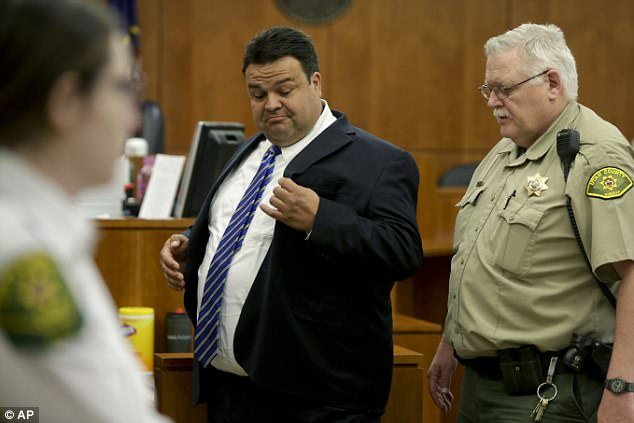 Utah judge PRAISES Mormon bishop and calls him an ‘extraordinarily good man’ as he sentences him for rape of his 19-year-old sister-in-law while she sits and listens in court! 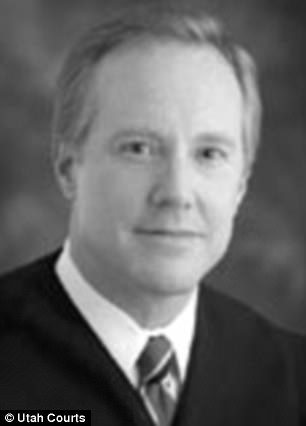 A Utah judge reportedly held back tears as he condemned a rapist he characterized as an ‘extraordinarily good man’ to prison this week.

Julia Kirby, the victim and sister-in-law of Keith Vallejo, was in the courtroom as the judge tasked with delivering her justice praised her attacker.

Vallejo, a former Mormon priest, was convicted of first-degree felony of object rape and 10 second-degree felonies of forcible sexual abuse in the cases of Kirby and another one of her female relatives.

‘The court had no doubt that Mr. Vallejo is an extraordinarily good man,’ Fourth District Court Judge Thomas Low told the courtroom on Wednesday, according to the Huffington Post.

‘But great men, sometimes do bad things,’ he continued.

Kirby, who was 19 when her brother-in-law sexually assaulted her, called Low’s statement ‘unacceptable and unprofessional.’

Judge Low also drew criticism in February when he convicted Vallejo of his horrific sexual offenses, but allowed him his freedom until his sentencing this week.

Vallejo, 43, maintained his innocence throughout the trial and during his sentencing.

He called the justice system ‘funny’ and said that the process circulates around ‘bullying’ people to plead guilty.

Ryan McBride, the prosecutor on the case, said Low’s comments were inappropriate but that they may have come in response to more than 50 character letters about Vallejo, most of them detailing the good things he has done.

The defendant’s brother spoke at the hearing and compared Vallejo to Jesus in making the argument that he was wrongly convicted, McBride said.

“I don’t think it’s wrong to acknowledge the good things that someone has done in their lives,” the prosecutor said. “But I think whenever you do that in a case like this, you’ve also got to say, ‘But it doesn’t excuse what you’ve done.’ “

Kristen Houser, the Chief Public Affairs officer for the National Sexual Violence Research Center said that Low’s words contribute to an overarching problem in the perception of rapists.

She said: ‘A blanket statement that ‘you’re a wonderful person’ is not appropriate for somebody whose being sentenced for sexually assaulting two girls.

‘These are things that people consider when they’re wondering whether or not it’s worth it to report [their assault] to the police.’

Sexual assault is one of the most under reported crimes, with more than a third of rapes going unreported, according to the Rape, Abuse & Incest National Network.