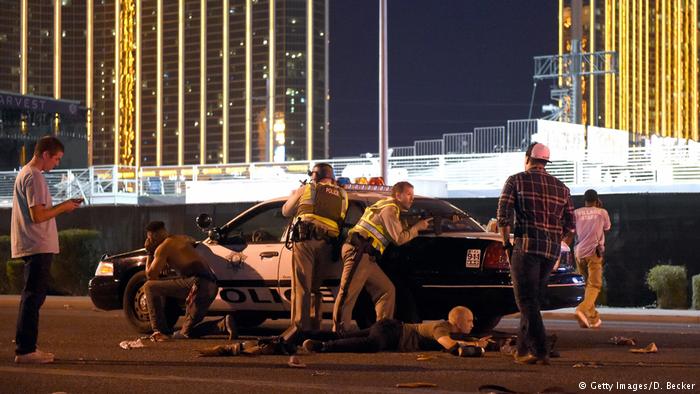 Fourteen months after a deadly shooting spree in Florida set a record for gun violence in the U.S., another brutal rampage has become the new, grim benchmark. 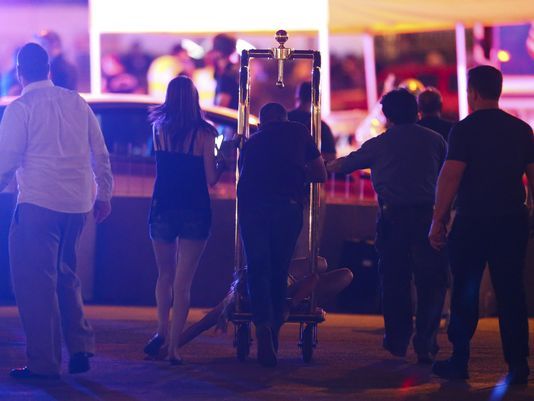 At least 58 people were killed and about 515 were injured when a gunman opened fire Sunday night on people attending a country music festival in Las Vegas. It is being called the deadliest mass shooting in modern U.S. history.

Here is a look at other shooting sprees in the U.S.:

• June 12, 2016: Omar Mateen, a 29-year-old security guard, kills 49 people and wounds 58 others at a gay nightclub in Orlando that was hosting a Latin night. Mateen was killed by police. It was the deadliest terror attack in the U.S. since 9/11, and at the time was the worst mass shooting in the nation by a single gunman.

• April 16, 2007: Seung Hui Cho, a 23-year-old student, went on a shooting spree at Virginia Tech in Blacksburg, Va., killing 32 people, before killing himself.

• Oct. 16, 1991: George Hennard, 35, crashed his pickup through the wall of Luby’s Cafeteria in Killeen, Texas. He shot and killed 23 people before committing suicide.

• Aug. 1, 1966: Charles Joseph Whitman, a former U.S. Marine, shot and killed 16 people from a university tower at the University of Texas in Austin before being shot by police.

• Dec. 2, 2015: Syed Farook and Tashfeen Malik, a married couple living in Redlands, Calif., opened fire at a San Bernardino County Department of Public Health training event and holiday party, killing 14 people and injuring 22 in a matter of minutes. Farook, an American-born U.S. citizen of Pakistani descent, worked at the health department. Malik had pledged allegiance to the Islamic State in a Facebook post before the shooting.

• Nov. 5, 2009: U.S. Army Maj. Nidal Hasan fatally shot 13 people and injured 30 others at Fort Hood near Killeen, Texas. Hasan, a psychiatrist, appeared to have been radicalized by an Islamic cleric. He was convicted and sentenced to death.

• Sept. 16, 2013: Gunman Aaron Alexis, 34, fatally shot 12 people and injured three others at the headquarters of the Naval Sea Systems Command in Washington, D.C. He was later killed by police.

• July 20, 2012: James Holmes gunned down 12 people in an Aurora, Colo., movie theater. Last year he was convicted of first-degree murder and attempted murder and sentenced to 12 consecutive life sentences plus 3,318 years without parole.

• Oct. 1, 2015: Christopher Harper-Mercer, a 26-year-old student at Umpqua Community College near Roseburg, Ore., shot an assistant professor and eight students in a classroom. After a shootout with police, he committed suicide.

• June 18, 2015: A gunman opened fire at a weekly Bible study at the Emanuel African Methodist Episcopal Church in Charleston, S.C. Nine people were killed, including the pastor Clementa Pinckney; a 10th victim survived. The morning after the attack police arrested a suspect, Dylann Roof, 21, who said he wanted to start a race war. In December 2016 Roof was convicted of 33 federal hate crimes charges, and in January he was sentenced to death.

• July 16, 2015: Muhammad Youssef Abdulazeez opened fire on two military installations in Chattanooga, Tenn. The first was a drive-by shooting at a recruiting center; the second was at a U.S. Navy Reserve center. Four Marines and a Navy sailor died; a Marine recruit officer and a police offer were wounded. Abdulazeez was killed by police in a gunfight.

• Nov. 27, 2015: A gunman attacked a Planned Parenthood clinic in Colorado Springs, Colo., killing a police officer and two civilians and injuring nine others. Robert Lewis Dear was taken into custody after a five-hour standoff and charged with first-degree murder.