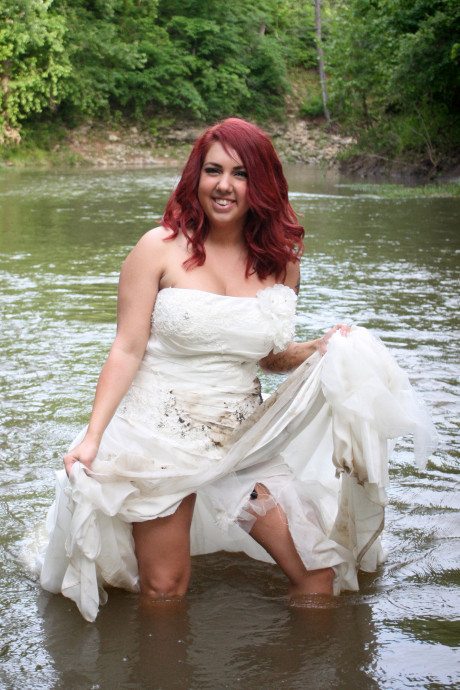 A Chicago woman whose marriage went up in flames celebrated the split by lighting her dress on fire.

Katlynn McKee, a hairdresser from Illinois, was married to her husband for four years before they parted ways last summer.

“My relationship wasn’t a good one, so it was a relief to finally be free,” said the 25-year-old, who has a 6-year-old daughter.

After researching the “trash the dress” trend, McKee enlisted the help of her wedding photographer to take racy photos of her destroying her $1,500 gown.

“We went out to this little area with mud and water, and I had a bottle of wine and a gas canister in a basket. I got into the water in my dress so it was really dirty, then started ripping it up,” McKee told Caters News.

McKee stripped all the way down to her underwear and chugged a bottle of wine as her white dress turned to ash.

“It was very liberating, exciting and empowering,” said McKee, adding that her ex offered to be in the shoot but she turned down his offer.

“He was surprised that I was going to do it because I’m not really like that. He joked that he should be in it and I could punch him or something, but I wanted it to be just me,” she said.

McKee, who is happy and in a new relationship, plans to hang the photos in her home.

“He really likes the pictures,” McKee said of her new beau. 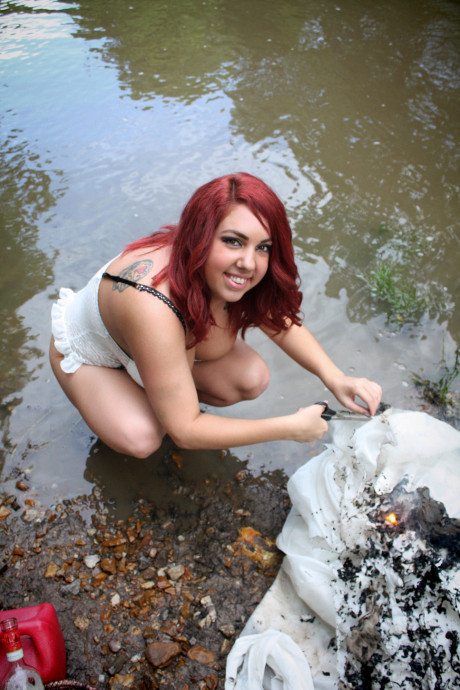 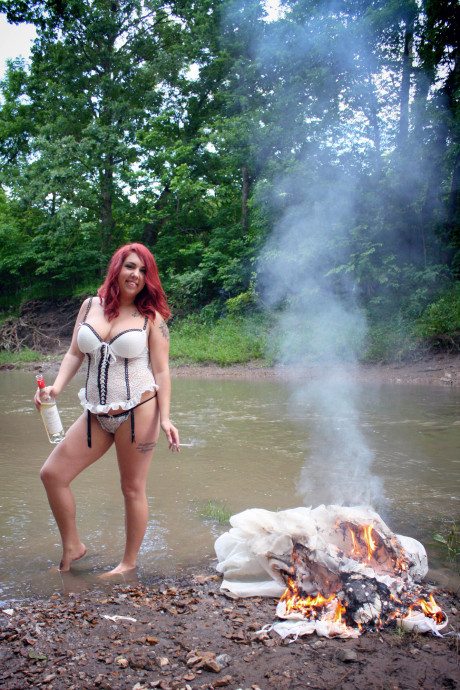