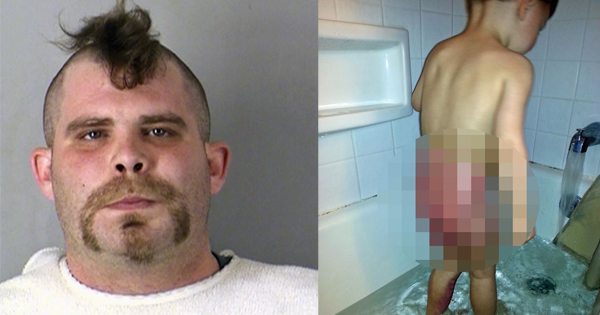 Daniel Rose, 32 years old, was sentenced to 12 years in prison after he was found guilty of first degree assault when he punished a little boy for making a mess of himself by submerging him into a bath filled with scalding hot water, the Daily Mail reports. Korbin Edwards, two years old, suffered from third degree burns.

Rose is not Edwards’ biological father. He is his mom, DJ Gilbert, former boyfriend. Rose forced the little boy into a bath tub filled with hot water after the boy soiled himself accidentally. Edwards was immediately taken to the hospital after he suffered burns from his waist down. Doctors had informed the mom that he may not make it through the night.

According to the doctors, the burns damaged the boy’s stomach and bowels, prompting him to use an N-tube, a catheter, and an IV for more than a few weeks. Although doctors said that the boy may not be able to walk again, Edwards, who recently turned six years old, managed to learn how to walk again. 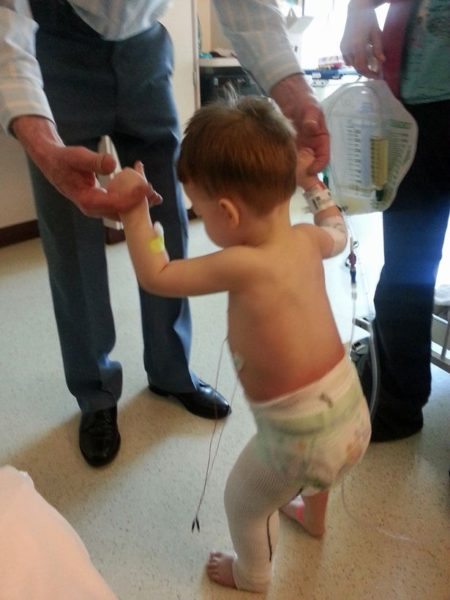 Gilbert said, “I was really scared when I first saw his skin. It was bright red and white from where it was peeling off, large chunks of skin where missing. I found out he had third degree burns across half of his belly, all his waist, his genitals, butt and most of his legs.

“Doctors told me there was a chance he wouldn’t make it and that that if he did, he would need major skin grafting, as well as it being unlikely he would ever walk again. They thought it was a miracle that he had made it through and survived.

“But due to the severity of his burns, his bowels and stomach were messed up. He couldn’t eat, drink, go to the bathroom on his own or anything – it was very hard to watch.”

Gilbert said, “I had known Daniel for 15 years, we had been dating for several months and he was taking care of Korbin when it happened. He called me at work to say that Korbin had a rash, I asked him to send me a picture and when I received it, Korbin was red from the mid belly down to his feet.

“When I got home he was lying on the couch, his skin was falling off, so I wrapped him in a blanket and drove him to hospital.”

Rose was given the sentence last year.

Eric Zahnd, Platte County Prosecuting Attorney, said, “This is a truly heartbreaking case of child abuse. This child was undoubtedly screaming in pain when dunked in scalding water, but instead of immediately calling for medical attention, this defendant tried to cover his tracks. This young child will carry the physical and emotional scars of this awful crime for the rest of his life.”