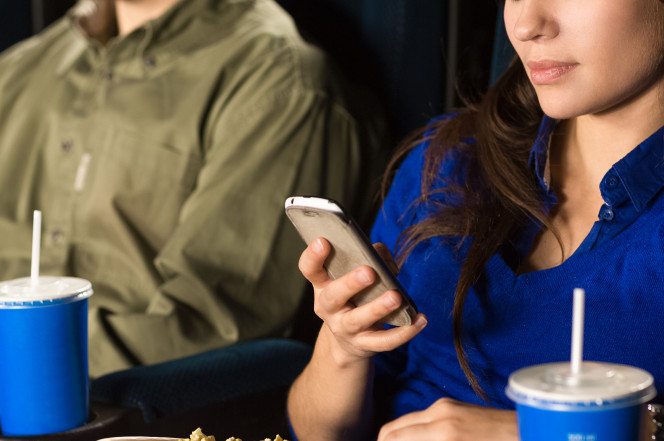 A Texas woman got a reminder this week that dating is the worst.

The 35-year-old woman may be facing a legal dispute after a man she met online, Brandon Vezmar, sued her last week for texting during their first date to the movies, according to the American-Statesman.

Vezmar, 37, filed a claim against his failed love interest, who did not want to be identified, asking her to reimburse him for the $17.31 ticket to a 3D showing of “Guardians of the Galaxy, Vol. 2” in Austin, Texas.

Vezmar claims his date started texting about 15 minutes into the film, which is apparently a movie etiquette transgression in his book.

“It was kind of a first date from hell,” Vezmar told the American-Statesman. “This is like one of my biggest pet peeves.”

He claimed that she used her phone 10 to 20 times in 15-minute period and refused his requests she stop.

When she would not put the phone away, Vezmar said he suggested that she go outside to text.

The woman left and never returned, according to the petition.

“While damages sought are modest, the principle is important as defendant’s behavior is a threat to civilized society,” the suit said.

His date said Tuesday she was unaware of the legal action against her, but denied that she was constantly texting.

“I had my phone low and I wasn’t bothering anybody,” she told the American-Statesman.

Vezmar contacted the woman after the doomed date asking to be repaid for the tickets, but she said she refused because “he took me on the date.” She said Vezmar also contacted her younger sister asking for money for the movie.