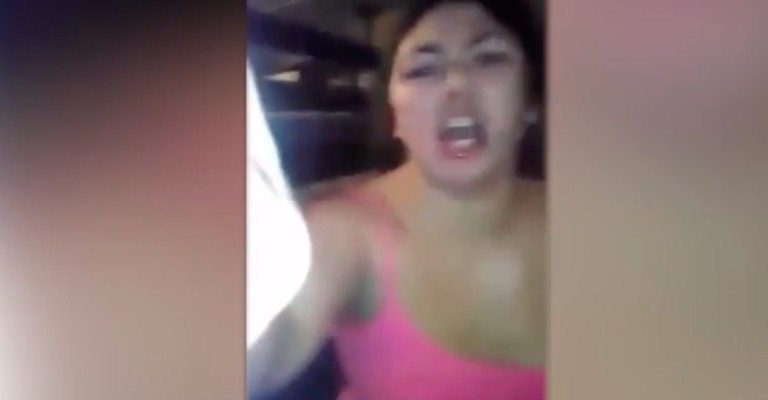 Mother In Hot Water Over Viral Video Of Her Violently Beating Her Kids!

With the evolution of the Internet, so many parents have found themselves at the center of controversy over their parenting styles. What some parents may consider disciple and a way to instill moralistic values could easily be seen as child abuse to others. The thin line between discipline and child abuse often leads to heated debates on social media. However, the latest video to surface hasn’t sparked much of a debate. Instead, most people are simply outraged because it’s quite obvious this mother abused her children.

The Maryland mom is actually responsible for the video being uploaded online because she live streamed the beating. The 23-second clip begins with a little girl cowering down in a fetal position at the bottom of a bunk bed as the mom striking the child in the head repeatedly. Then, she turns her attention to a little boy. She can be seen grabbing the little boy by the head before violenting beating him. As the child screams in agony, the mother delivers violent blows to his head. While beating the children, she screams inaudibly but one phrase at the end of the clip was loud and clear. Before the video ended, she positioned the camera so she could make a statement to viewers.

She claimed she’d “beat these kids to death.”

**Warning: This video contains footage that may be offensive to some viewers. Viewer discretion is strongly advised.**