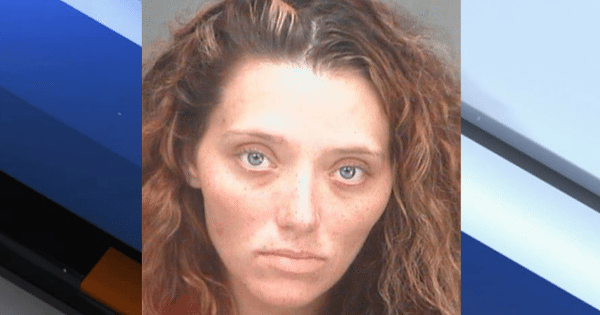 People all over the country are outraged after a mother in Florida gave birth to her baby while smoking crack-cocaine, then abandoned the baby in some bushes.

According to ABC Action News, 24-year-old Katrina Kegelman is now facing at least one child neglect charge over her behavior.

Arrest records show that Kegelman reportedly gave birth to the baby on a back patio on Monday right before she hid the newborn in the backyard.

According to police, several friends noticed blood stains all over Kegelman’s pants and immediately started asking where she had left the baby.

Once the friends realized the baby was likely in grave danger, they called 911 against Kegelman’s protests.

A fire rescue crew soon arrived at the home and Kegelman continued to refuse to tell them where she had left her baby. Eventually, she pointed toward the backyard.

Thankfully, officials say the baby survived the horrific ordeal and is now in recovery at the hospital.

While Kegelman was also taken to the hospital after the birth, she was soon arrested once she was cleared by doctors.

According to ABC Action News, Kegelman was released on bail on Thursday morning.

ABC Action News shared this story on Facebook, where many commenters slammed authorities for allowing Kegelman to be released on bail.

“They should NOT have released her on bail. She was probably hitting the glass pipe in the car leaving the jail. They should not let people like her out of jail that quick. You’ve got to hold them long enough to detox and get straight. She’ll deal with what she did now by hitting the pipe more. She’ll probably end up on the needle and be dead from an OD before her trail,” one man wrote.

“This makes me furious!!! There are people…such as my daughter that try so hard to get pregnant and then you have this evil woman who gets pregnant and is so selfish as to do drugs,even in labor, then leaves the baby in the bushes…I feel so bad for her baby,probably addicted to crack already and will have problems his/her whole life because of this selfish/evil woman!” another commenter added.

“This is ridiculous.. Florida has that “no questions asked drop off” where you can drop your unwanted babies off at a hospital or fire station. Meanwhile she bonded out?!! So sure had enough money it someone has money to get her out but can’t afford a ride to drop the baby somewhere safe?? There is no way the crack messed her up enough to do that. She is just a piece of garbage,” one woman commented.