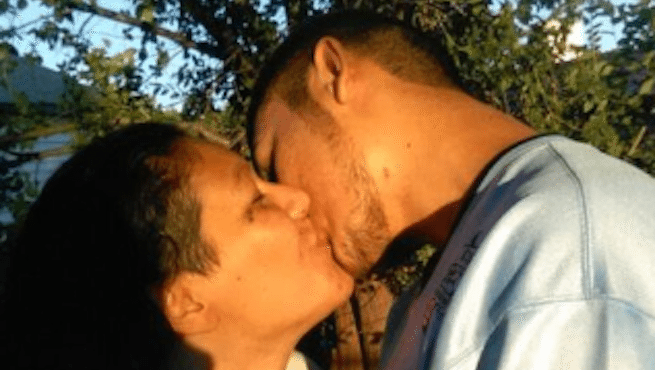 A New Mexico mother and son who fell in love after meeting each other for the first time 18 years after the son was given up for adoption have pleaded guilty to incest — but insist that the law will not keep them apart.

Monica Mares, 37, and Caleb Peterson, 20, were arrested in February 2016 after a neighbor alerted police to their incestuous relationship.

As jury selection for a trial began on Wednesday, the pair accepted a plea deal that would give them three years of probation each. They are also required to stay away from each other for a year and a half.

Monica Mares told the Daily Mail that she is “madly in love” with her son, who she gave up for adoption after giving birth to him at just age 16. They were reunited in 2015 after getting in touch through Facebook.

She said, “He is the love of my life, and I don’t want to lose him. My kids love him, my whole family does. Nothing can come between us — not courts, or jail, nothing.” She has eight other children, but said she would risk going to jail — and giving up the right to see her other kids — to continue the relationship with her son.

Mares told reporters that when Peterson moved in with her, she felt a motherly love toward the teen that eventually turned sexual. They began a relationship. She explained that she decided to speak to the British publication in order to increase public acceptance for Genetic Sexual Attraction (GSA).

After neighbors alerted authorities, Mares and Peterson were arrested in February 2016. Peterson said he would wait for his mother if she did end up serving a jail sentence.

Missing teen was gang-raped, killed and fed to gators