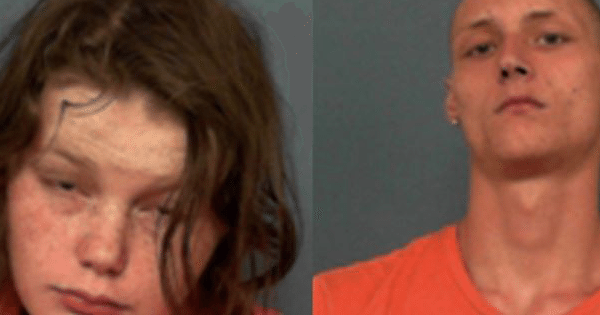 A mother and father in Arkansas have been arrested on serious child neglect charges after their baby was taken to the hospital with more than 100 rodent bites.

18-year-old Charles Elliott and 19-year-old Erica Shyrock are each facing a charge of endangering the welfare of a minor after their baby was rushed to the hospital on Sunday.

According to KARK, an emergency room nurse later told authorities that the 15-day-old baby was taken to the hospital with horrific bite marks all over her arms, hands, fingers, and face.

Shockingly enough, one of these bite marks was reportedly so deep in the baby girl’s head that a portion of her skull was actually showing.

While speaking with Elliott’s mother, the baby girl’s grandmother, police learned that the infant had been bitten by a rodent, but Elliott said nothing because he did not want to lose custody.

Shyrock later told investigators that she awoke to the sound of her baby girl screaming and crying.

When she went to check on the baby, she found her covered in blood, with rat footprints inside the bloody crib.

Although Shyrock and Elliott both knew there were rats living inside their home, they reportedly did nothing about the problem to protect their daughter.

When authorities finally searched the home, they reportedly found a bassinet with bloody rat footprints, as well as a baby’s hat and blanket soaked in blood.

The doctor also revealed that it would have taken several hours for this “feeding” to occur.

While speaking with investigators, the doctors said that given the severity of the girl’s injuries, her parents were either incapacitated or not present when their daughter was being attacked.

FOX 8 shared this story on Facebook, where many parents were furious over what happened to this poor little baby.

“’Absent or incapacitated’… I’m going with incapacitated! I mean look at her mugshot! She couldn’t even stay sober long enough to take her child to the hospital for help! They should be sterilized!” one woman commented.

“I really wish ppl would stop having kids that dont deserve them… yall already know u stupid why reproduce? they should bring back and eye for an eye with yalls punishment.. lock ur incapacitated butts in a box defenseless with rats chewing on u for a few hours… maybe then u would have some respect for how ur child feels,” another added.