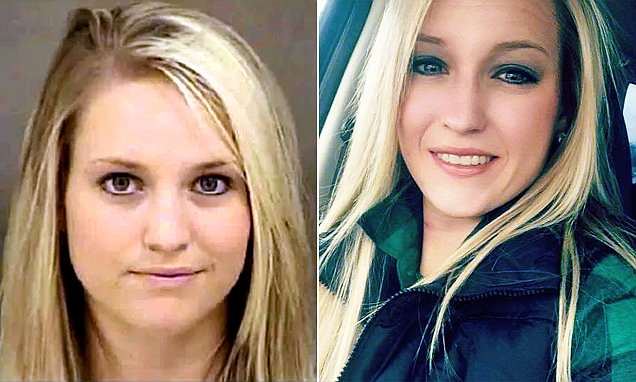 A North Carolina teacher has been arrested and accused of having sexual activity with a teen student.

Kayla Sprinkles, 26, was arrested on June 7 after a grand jury handed down a five-count felony indictment on charges of sexual activity with a student. PEOPLE confirmed the charges with the Cherokee County Sheriff’s Office.

The sheriff’s office told ABC 11 that the investigation began “on or about March 26” after authorities got a tip that Sprinkles had allegedly engaged in sex acts with a student while she worked as a teacher in the Cherokee County School System.

Police allege that Sprinkles’ relationship with the student lasted from about December 2016 to April 2017.

Authorities responded to the school and began interviewing students. Because the students were young, the sheriff’s office enlisted the help of HAVEN Child Advocacy Center to assist in the interviews.

After Sprinkles’ arrest, Sheriff Derrick Palmer spoke to reporters about the case.

“Our youth and our students are one of the greatest resources that Cherokee County is blessed to have,” Palmer told reporters, according to multiple news outlets. “It is incumbent upon all of us to ensure their safety and wellbeing as they grow and mature.”

The sheriff’s office also alleges that Sprinkles left the county after learning of the indictments through social media. She later returned to the area, and turned herself in to the Mecklenburg County Detention Center. She has been released on a $25,000 unsecured bond, PEOPLE confirms.

Sprinkles has not yet entered a plea, and court records do not list an attorney authorized to speak on her behalf. She did not immediately return PEOPLE’s call or email for comment.

She is expected to appear in Cherokee County Superior Court on July 2.