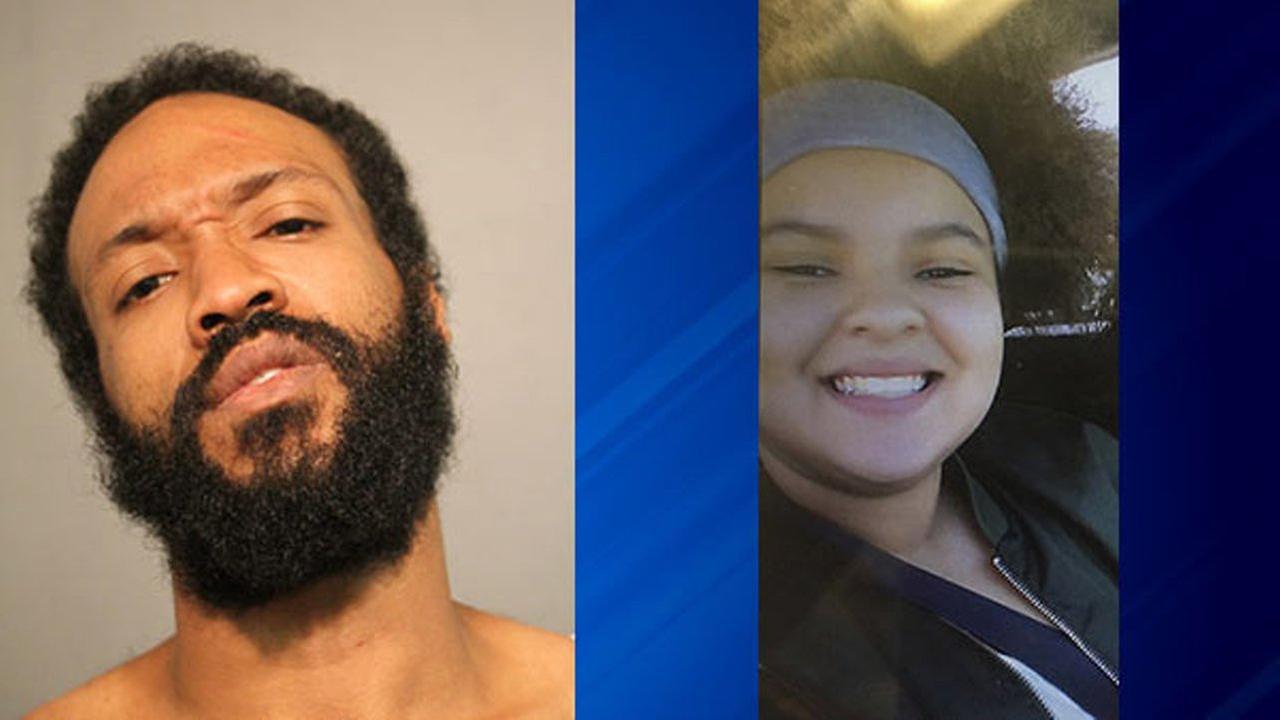 A man just out of prison for attacking his then-girlfriend was charged Monday with killing the woman’s 12-year-old daughter, stabbing and beating her in Chicago, authorities said.

John Singleton, 31, is accused of killing Alexis Stubbs around 9:45 p.m. Sunday in the apartment where she lived with her mother, according to police.

Singleton, the mother and Alexis spent that day together without incident, until an argument about buying cigarettes ballooned into a fight about Singleton’s living situation, prosecutors said. The building where the mother lived is run by a housing organization with strict rules. Visitors cannot stay for longer than a week, and nobody on parole is allowed to reside there, prosecutors said, but Singleton had been staying there for five days and was on parole.

When they returned, Alexis got out of the car to deliver the cigarettes to her neighbor, prosecutors said. When she returned, walking out of the building toward her mother’s car, Singleton pushed her into the vestibule, grabbed her by the hair and threw her to the ground, prosecutors say — an attack that was captured on video surveillance.

He pulled a hammer out of his pocket and raised it in Alexis’ direction as she was “cowering on the floor in fear,” prosecutors said. Singleton again grabbed the girl by the hair and pushed her upstairs into the apartment, “all the while holding the hammer in his right hand in a threatening manner, while (Alexis) is clearly terrified,” according to prosecutors.

At this point, Alexis’ mother saw that her daughter was inside the building with Singleton and called 911 for fear that he would hurt Alexis, prosecutors said. Singleton began to call Alexis’ mother repeatedly, threatening both her and Alexis, and the woman could hear her daughter screaming in the background of the calls.

“Please, Daddy, don’t,” she screamed, according to prosecutors.

Police officers arrived, and Singleton began to flee from them, carrying a bloody hammer and knife. Alexis crawled out of the apartment covered in blood, the prosecutor said. She was unable to speak, and her attempts to breathe were so intense that they can be detected on surveillance footage, according to prosecutors. She had been stabbed more than 11 times all over her body, prosecutors said. She was taken to Advocate Illinois Masonic Medical Center, where she was pronounced dead.

“See wat u made me do … u gon pay for this,” Singleton texted Alexis’ mother after the alleged murder, prosecutors say.

“The rage against this 12-year-old, whether it was directed against her in some form or some pent-up anger against the mother … it was brutal,” Cook County Judge Maria Kuriakos Ciesil said before denying Singleton bond on Tuesday.

Neighbors said Alexis and her mother had been inseparable.

“They was like Siamese twins, you know, you didn’t see them apart,” said Reggie Taylor, a maintenance worker who knew the girl most of her life. “She really, she really took care of her baby.

“When she was young, 3 years old … she looked like a little Shirley Temple. Little curls, little chubby girl, very happy all the time,” Taylor said. “She was a sweet little kid, she was a sweet girl, a sweet girl.”

Alexis had just lost her best friend, Tiana Hollinside, in a drowning accident in May and attended her funeral weeks ago, said Alicia McFadden, a friend and neighbor whose daughter attended elementary school with Stubbs.

“Now they both in heaven,” McFadden said. “Two girls that young, it’s creepy, it’s not right. First one, then another. It just breaks my heart.”

Alexis attended the Mary E. Courtenay Language Arts Center, down the street from her home, according to Andrew Holmes, a community activist who often provides support to the families of homicide victims. McFadden said the school has had three deaths in recent months — the best friends and a boy who died of cancer, she said — and families are reeling from the spate of deaths.

“I cried, when I saw her picture on the news, I had to really compose myself. I didn’t want to have a breakdown. I mean she’s 12. You are supposed to have lived your years out, you are supposed to die old and gray, I’m like why, why? We shouldn’t be losing students back to back like that,” McFadden said.

A representative who answered the phone at the Courtenay Language Arts Center said Alexis was a fifth-grader and called her death a “tragedy,” but declined to further comment.

After Singleton was charged in 2014 with attacking Alexis’ mother, he told authorities that he was “like a father” to Alexis, who was then 9, according to court records. But he admitted his relationship with Alexis’ mother was prone to violence.

Police say Singleton attacked the girl’s mother on Aug. 23 of that year, choking her and shoving her against a closet. “I will go to jail for you,” he told her, according to police. “I will kill for you.”

He was arrested later that day and charged with four counts of domestic battery, unlawful restraint, aggravated battery by strangulation and aggravated domestic strangulation. Cook County court records show he pleaded guilty in December 2014 and was sentenced to three years in prison and two years of supervised release.

He was paroled from Menard Correctional Center in early April. He had told authorities he wanted to seek couple’s therapy when he was released. Records show a protection order against Singleton involving Alexis’ mother expired in December.

Singleton has a long criminal record that includes other domestic violence cases and resisting arrest.

In June 2013, a warrant was issued for his arrest on charges of aggravated assault of a police officer and resisting arrest. He pleaded guilty and was given one year of probation. Prosecutors alleged he violated terms of his probation, and he was taken back into custody and eventually made bail. In January 2014, he was sentenced to 10 days in jail and was given credit for time served.

In August 2012, he pleaded guilty in a domestic violence case and was sentenced to 21 days in jail. He was given credit for 18 days time served. A few months later, in November 2012, he was detained in another domestic violence case, but the complaining witness didn’t show up in court and the case was dropped.

According to his court file, Singleton told authorities he was born in Decatur, Illinois, and was raised by a mother who was addicted to cocaine. Singleton said he completed his freshman year of high school but was expelled during his sophomore year for fighting and never returned to the school. He said he played basketball and football and got “average” grades.

He was attending a GED program at Truman College and was unemployed at the time of his arrest in 2014. He said he didn’t have any steady income for about a decade, but wanted to make a living producing and writing music. He said he had no mental health issues but diagnosed himself as having attention deficit disorder, though he never sought treatment. Singleton had trouble with anxiety.