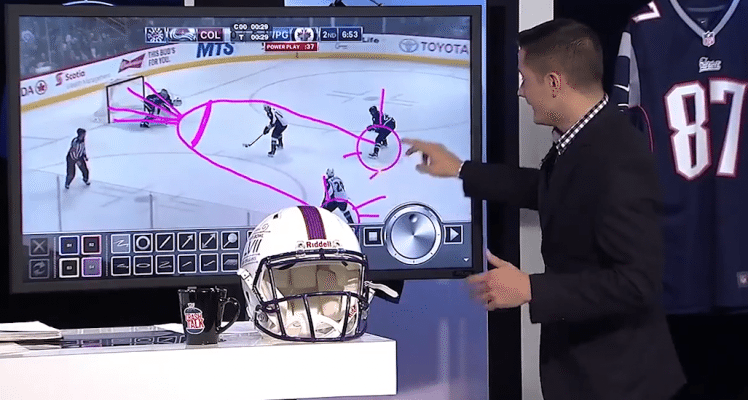 A sports presenter accidentally drew an ejaculating penis on live TV while reporting on an ice hockey match.

The pundit was analysing player moves in an NHL game for a Hungarian television channel.

He began to draw on the screen circling two players facing the goal.

But the clip went viral after his continued commentary started to form the shape of a giant penis.

He then finished it off with some finer details, leaving three fellow presenters unable to contain their giggles.