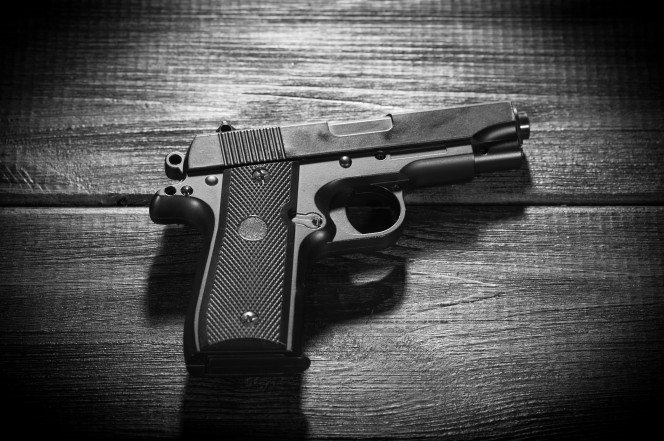 A middle school student in Ohio found himself in the crosshairs after “liking” a photo of a gun on social media, complete with the caption “ready.”

Zachary Bowlin, a seventh-grader at Edgewood Middle School in Trenton, received a 10-day suspension after liking the Instagram photo of an airsoft gun late Thursday.

“I don’t think I did anything wrong,” he told KRON. “[The] next morning, they called me down and, like, patted me down and checked me for weapons. Then, they told me I was getting expelled or suspended or whatever.”

Administrators sent Bowlin home with a note indicating the reason for his suspension – liking a post on social media that indicated potential violence.

“I was livid,” Bowlin’s father, Martin Bowlin, told the station. “He never shared, he never commented, never made a threatening post … [he] just liked it.”

In an email to parents the morning after Bowlin liked the post, administrators said they learned of an “alleged threat” of a student bringing a gun to school.

“We act on any potential threat to student safety swiftly and with the utmost importance,” the message to parents read, according to WXIX. “This morning, the alleged threat was addressed and we can assure you that all students at Edgewood Middle School are safe and school will continue as normal. Thank you.”

Edgewood City Schools Superintendent Russ Fussnecker said the district has “zero tolerance” of violent, disruptive, harassing, bullying or inappropriate behavior on behalf of students – including while off school grounds if it potentially impacts the classroom.

“As the Superintendent of the Edgewood City Schools, I assure you that any social media threat will be taken serious including those who ‘like’ the post when it potentially endangers the health and safety of students or adversely affects the educational process,” Fussnecker’s statement concluded.

Woman, 67, Beats 63-Year-Old to Death During Fist Fight in a Park

FBI Director Says You Should Cover Your Webcam With Tape