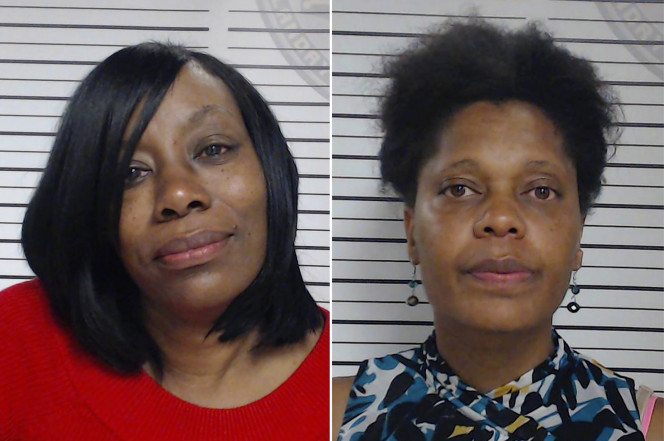 An Elementary School teachers accused of starting a fight club!

A pair of elementary school teachers in Louisiana bullied an 11-year-old student for months, one even telling the tormented child to “go and kill yourself,” police said.

The arrests of Anne Shelvin, 44, and Tracy Gallow, 50, came weeks after the student’s mother first contacted police in February about the alleged abuse her daughter endured at Washington Elementary School in Washington, according to St. Landry Parish Sheriff Bobby Guidroz.

The mother told investigators that her child was being bullied by Shelvin — who police said threatened to fail three students if they did not fight the bullied student. Shelvin is also accused of telling the girl to “go and kill yourself.”

One student told detectives that she was forced by Shelvin to start a fight with her classmate, which ended with several students being sent to the principal’s office.

The mother of one of the students involved in the bullying told investigators on Monday that the behavior had been ongoing since October, with her daughter being threatened by Shelvin to fight another student or fail the grade. Shelvin was later escorted off school grounds and was replaced by Tracy Gallow, 50, who allegedly continued the abuse. The student’s mother promptly reported it.

“Gallow then started pulling, pushing and yelling at her daughter because she reported to the principal that her teacher Ann Shelvin was making her and two of her other friends fight the 11-year-old because Shelvin did not like her or her mother,” Guidroz’s statement continued.

Detectives later obtained video footage showing Gallow pushing the girl into the gym bleachers to stop her from leaving the room.

Gallow was booked on charges that include malfeasance in office, simple battery and intimidation, and interference in school operation. She was ordered held in lieu of $1,500 bond, The Daily Advertiser reports.

Shelvin was charged with encouraging or contributing to child delinquency, malfeasance in office and intimidation and interference in the operation of schools. Shelvin’s bond was set at $2,000.

“Students should not have to attend school and be bullied especially by teachers that are there for their education, guidance and safety,” Guidroz said. “The parents did the right thing, they reported it to the school board, and continued to monitor and talk to their children. The bullying continued and they took the next step by contacting law enforcement again.”

St. Landry Parish Superintendent Patrick Jenkins acknowledged the charges in a statement and assured parents that “reports of this nature” would be taken seriously.

“Due to student privacy laws, SLPSS will not provide details regarding the student involved,” Jenkins said in a statement to KATC. “There will be no further comment on the ongoing personnel investigation.”

You can now keep your coins inside a handmade vagina