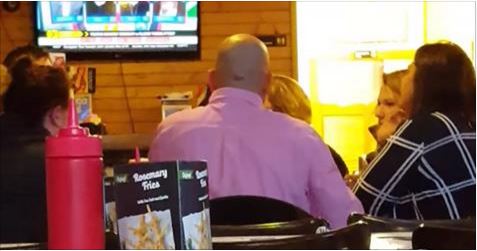 A gaggle of Michigan public school staffers are facing some serious detention after being caught on video happily discussing which students they would rather have sex with, marry or kill.

The teachers and at least one secretary from Bangor High School can be overheard naming the students — including special-needs kids — as they played the lewd game at a local gin joint, according to a six-minute video filmed by a customer and posted to YouTube.

A man at the table is heard identifying the three students he would “bone,” “marry” and “kill.”

“I would totally marry [student’s name] because she likes the Tigers and she never even brought up that I was wasted on the bus trip … she can keep secrets,” another man says.

On Monday, two teachers received a written reprimand and a school secretary resigned, the network reported.

“I would like to see people being held accountable,” Amanda Reprogal, the mother of a special-needs student mentioned in the video, told WWMT.com.

“There are some criminal charges being pressed. I’m not sure how that’s going to go, but I don’t want to see anybody lose their job, but this is not OK, you got to go,” Reprogal said.

Wannabe Indiana rapper shoots himself in video because he ‘felt like taking a bullet...