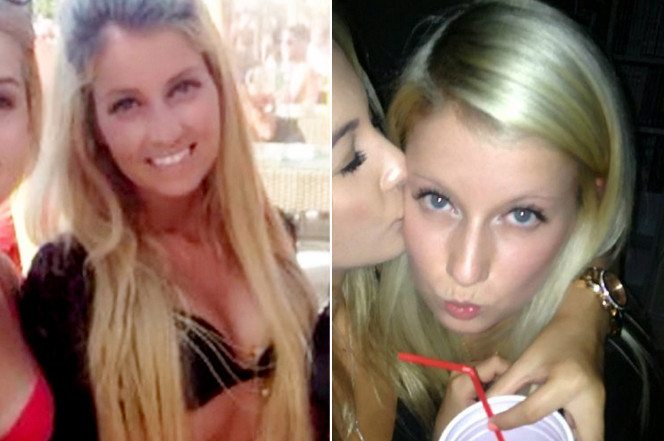 A teenage law student from Britain died while on holiday in Ibiza after five bags of ecstasy exploded in her stomach, an inquest heard.

Rebecca Brock, 18, was discovered with a pool of blood next to her head in a hotel room after traveling to the party island for a friend’s birthday.

Spanish police began an investigation after the amount of the class-A drug in her system was “double the level” of a normal fatal dose.

Giving evidence, Brock’s mother, Margarita Brock, said: “Spanish authorities say five bags were found which were wrapped with elastic bands. They said it would probably have been four hours before something happened.”

Brock revealed how her daughter had openly talked about experimenting with cocaine in the past but did not think she would’ve taken so much ecstasy at one time. “She tried cocaine with people she knew and people around her she knew.”

Brock added that her daughter had a difficult time swallowing pills and couldn’t imagine how she would have ingested the bags.

“Becky would tell me difficult things — she was quite open about the drugs, it was the weight issues she was less keen to talk about.”

“She wouldn’t take any pills easily — I can’t imagine that getting in her body at all. If she didn’t have to take a pill, she wouldn’t do because she couldn’t swallow it.”

“I can’t see any other way than someone making that happen.”

Casey said: “Becky’s parents, Margarita and Martin, dearly cared for her. She was academically gifted and was clearly cherished by her friends and family. She was well-travelled with her family and had impressive results in her A-levels.”

“Rebecca was also very body-conscious and at one point was very thin. This was something her family were mindful of and they trusted that it was something in her own way she was addressing. She moved away from home when she went to study in the Netherlands.”

“She went on holiday to Ibiza in September 2015, where she visited twice in the summer. We remain, sadly, without some information that is particularly significant to the family and indeed for me.”

“On Sept. 22, Becky flew to Ibiza from the Netherlands — it was something she had organized herself. She was captured on CCTV imaging and it is clear she had checked into her hotel. On her arrival, Becky had various communications.”

“(Becky and her friends) planned to meet on the night of Sept. 22 and they went to a club — with many of them socializing together. She didn’t have any contact with anyone after Sept. 23.”

“On the morning of Sept. 28, she was tragically found deceased in the hotel room. Spanish authorities gave the cause of death as an adverse reaction to drugs and a ruptured body pack. The date of death was recorded as Sept. 26.”

“The evidence given (by the experts) was extensive and today I rely on their reports to make the following findings.”

“Becky died of MDMA intoxication commonly known as ecstasy. I find that no other substance was found in her body that could have contributed to her death. I find that she had not taken alcohol other than in a moderate amount.”

“There was no evidence of a form of assault. No witnesses to the investigation had seen her take drugs in Ibiza. I find it impossible to say how a pack or packs were ingested. How these bags were in her stomach we will never know.”

“It is likely that Becky became unwell and confused and most probably died a short time thereafter. It is not possible to say whether she would have been conscious or not. The conclusion I arrive at is this is a drug related death.”

Addressing the family, she added: “I would also like to mention your tremendous dignity here today. I cannot imagine what that loss must have felt like.”

“I have done the best I can to give you some answers and I offer you my sincerest condolences.”

After the inquest, Brock said outside court: “The coroner probably said it all. I don’t want to add much more than that.”

“There are some answers but there are also some clear gaps.”