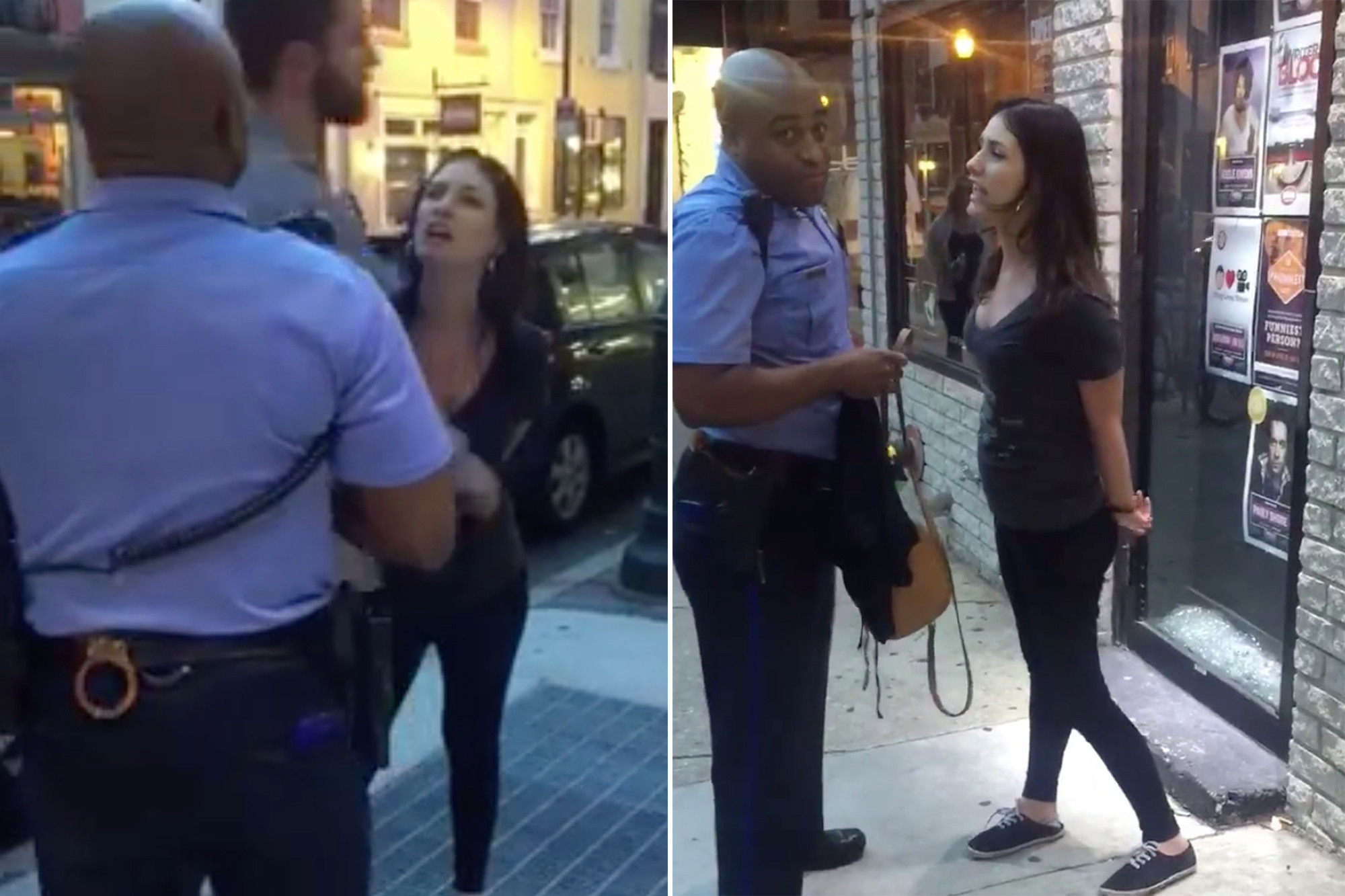 A television reporter is out of a job after going on a vicious tirade — calling a cop “a f–king piece of s–t” — and trying to spit on an employee when she got kicked out of a Philadelphia comedy club.

Colleen Campbell will no longer appear on PHL 17 after the ugly incident, which was recorded and posted to Facebook, unfolded outside Helium on Sunday night, when she was booted from a show featuring comedian Craig Robinson, the station confirmed to The Post.

Campbell — who worked in news production, but went on air on a few occasions — was fired as soon as the station learned of the incident, during which she bragged that she worked “at a f–king news station.”

“You’re f–king c–k suckers,” Campbell, 28, said to a responding officer, according to the 5-minute clip. “I did not do s–t, I stood there and laughed like the rest of the audience like I should. I did not disrupt anybody.”

A man with Campbell then approached the officer — who kept remarkably cool during the entire ordeal — and thanked him for his patience. The officer replies that he just wants the pair to walk away.

“Or what? Or what, mother f–ker? Lick my a–hole,” Campbell says. “How about that? F–king piece of s–t. That’s why nobody likes f–king police…idiots in this f—ing town.”

Campbell then appears to attempt to spit in the face of a club employee, prompting the cop to put her in handcuffs and charge her with assault — sending the woman on another foul-mouthed rant.

The cringe-worthy footage continues until Campbell tells the officer that she works for a TV news station.

Seconds later, Campbell utters in the direction of the officer: “No wonder everyone wants to blow your f–king heads off.”

The footage was recorded by New York City-based comedian Wil Sylvince, who said a “very obnoxious” Campbell was not drunk nor high during the show, but disturbed the performance with “loud whispering,” he said.

“After 3 warnings and other customers were complaining she was asked to leave,” Sylvince wrote. “When she got kicked out she assaulted (kicking, punching, and eye poking) 3 of the employees in bar area right outside the showroom and then outside she mock spit in the mangers face when a cop came. She verbally abused this poor cop who was trying to keep the peace at first.”

Alexander Jusino, a server at the comedy club, said it was unclear whether Campbell was drunk or “one some other level” during the incident.

“I’ve never seen anyone like that before and I’ve been watching people get kicked out of comedy clubs for five years,” Jusino told The Post.

A bio page for Campbell at PHL 17 had been scrubbed as of early Tuesday. She was charged with resisting arrest, criminal mischief and disorderly conduct, according to Philadelphia Magazine. She was released Monday on her own recognizance and is due back in court on June 13.

Attempts to reach her were unsuccessful early Tuesday.

What was this man doing when Mount Vesuvius erupted?