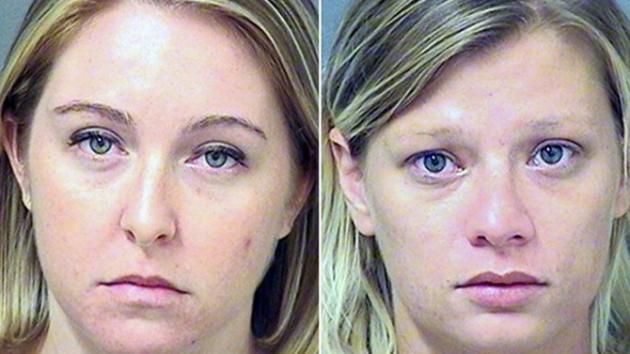 Two Florida moms allegedly overdosed on heroin with their infant children in the backseat on Thursday, police said.

Kristen Leigh O’Connor, 28, and 29-year-old June Schweinhart were found overdosed in their vehicle after one called 911 for help, according to the Boynton Beach Police Department.

Cops said that O’Connor told them that she picked up Schweinhart in an SUV and the pair bought $60 worth of heroin from her old drug dealer. Both women’s babies were in the car.

“For whatever reason, they decided yesterday to buy heroin and then snorted it while inside the car with their children,” the Boynton Beach Police Department wrote on Facebook about the incident.

When one of the women began convulsing, the other called police but then began to overdose herself and a bystander spoke with police, authorities said.

O’Connor and Schweinhart were charged with child neglect and taken to jail after being released from the hospital, reports said.

The babies, who were one and two months old, were turned over to relatives after being “snuggled by officers for hours,” police said.

The women later told cops that they met in a drug treatment program and bonded during their pregnancies.

“We hope this serves as a wake-up call for these moms, and that they seek further treatment for their addiction,” police wrote.