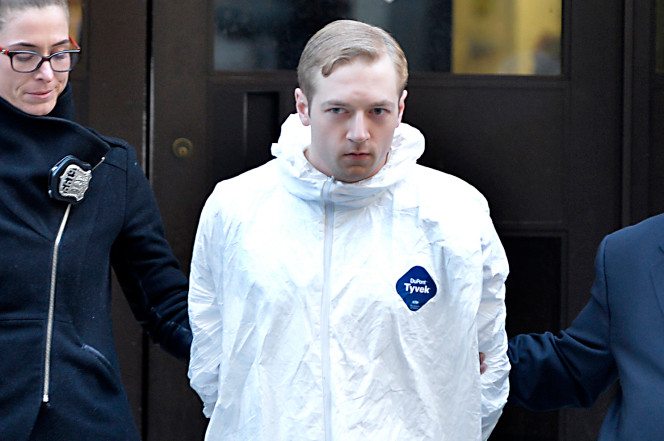 The manifesto, Jackson told police, contains information about an imminent attack on blacks in New York and is located on a computer that he brought to the Big Apple, sources said.

Police are in possession of the computer but have to obtain a search warrant to review it. 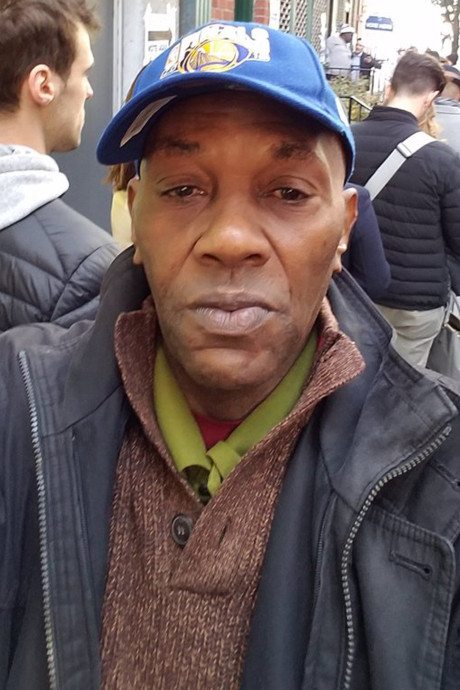 Aubry said Jackson used a 26-inch mini sword to repeatedly stab Timothy Caughman, who was black, in the chest and back near the corner of Ninth Avenue and West 36th Street around 11:30 p.m. Monday.

After the stabbing, Caughman stumbled into the Midtown South Precinct for help – while Jackson went to a nearby restaurant to clean the blood off himself in a bathroom, sources said.

The attack was “random” and “clearly racially motivated,” Aubry said.

“Our victim happened to be going through trash on the sidewalk,” the chief said. “There was nobody else around.”

The well-dressed suspect turned himself at an NYPD substation in Times Square shortly after midnight Wednesday – telling cops there he did so to avoid killing again, sources said.

Jackson, who was staying at The Hotel at Times Square on West 46th St. near Sixth Avenue, said he was allegedly set off by a black and white couple he’d seen just before surrendering.

“I’m the man you’re looking for,” Jackson said, telling cops he had knives in his pocket, according to Aubry.

The accused killer also told them where they could recover the 26-inch weapon he used and ditched in the area, sources said.

Jackson was charged with murder Wednesday and held at Midtown South.

One woman, a prostitute, told police she saw Jackson on top of Caughman, who was screaming, “What are you doing? Get off me!” a source said.

Earlier in the day of the attack, Jackson was caught on surveillance video “stalking” another black man in the same area, walking closely behind the person but not acting out, sources said.

On his Twitter page, Caughman described himself as a “can and bottle recycler” and “autograph collector” and posted series of photos of himself with celebrities.

He had been living in a transitional home on West 36th Street between Eighth and Ninth Avenues.

Jackson had been deployed to Afghanistan and Germany during his career as a private in the Army, according to sources. He was honorably discharged in 2012.

He also attended Ohio Wesleyan University beginning in 2007 though it’s not clear if he graduated, sources added.