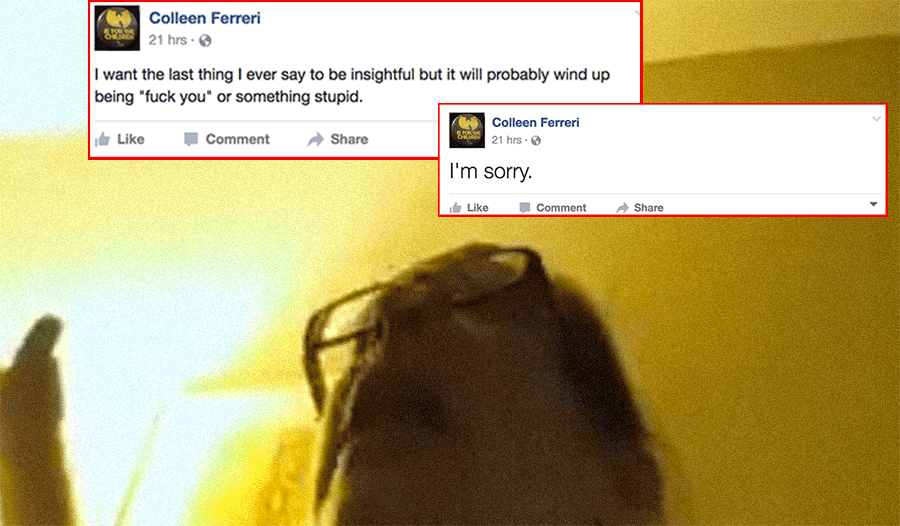 Maryland Woman LIVESTREAMS Her Suicide . . . Shoots Herself In The HEAD With A Machine Gun . . . While Her KIDS Are In The Next ROOM!!!

Yesterday a Maryland mother named Colleen Ferreri committed suicide – and she LIVESTREAMED it to thousands of her followers. In the video Colleen is negotiating with police, who are trying to STOP her from committing suicide.

But police aren’t able to convince her to live. After about 10 minutes, she puts the machine gun in her mouth and SQUEEZES THE TRIGGER!!

Below is the video:

9 Year Old Boy Kills Himself After Enduring Months Of Bullying