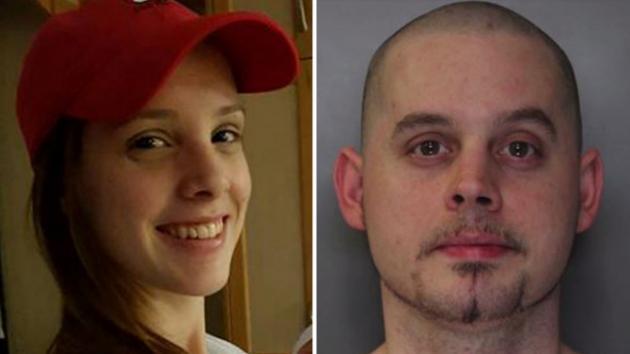 A rape survivor who suffered for years at the hands of her older brother bravely spoke out at his sentencing in upstate New York, publicly condemning his acts to empower others who have endured sexual abuse.

Kathryn Bailey, 23, tearfully opened up about the impact of years of abuse at the hands of her brother, who preyed upon his little sister when their family thought he was babysitting her, Syracuse.com reported.

From 2003 to 2006, James Bailey raped and sexually abused his sister on a weekly basis, authorities said.

“The anger I placed on mom and dad was wrong of me — this should have been placed on you,” Kathryn Bailey told her 31-year-old brother James Bailey, who remained expressionless as he faced his sister in court.

Their mother worked 12 to 14 hours a day as a nurse at a local hospital, while their father was on the road for work all week, she reportedly said.

“They trusted you to take care of me,” said Kathryn Bailey, who Syracuse.com named after she chose to be identified.

Kathryn Bailey came forward in 2013 after she learned her brother had been kicked out of the family’s home, according to reports.

She shared her story with her mother and later with Syracuse police and prosecutors, grappling with anxiety attacks as memories of the abuse came back, she said.

“Anger consumed me for years,” she said, noting underneath that anger was loneliness, numbness and disgust.

James Bailey was arrested in 2015. When asked by police why he abused his sister, he reportedly said: “Curiosity.”

“It was sexual abuse,” Kathryn Bailey told her brother. “It was not curiosity.”

A jury found James Bailey guilty of rape and sexual abuse in March.

The verdict came after he had rejected a plea deal before trial that would have sent him to prison for 13 to 15 years, but would have spared Kathryn Bailey from testifying, County Court Judge Stephen Dougherty said.

James Bailey reportedly felt he deserved probation, Dougherty said Thursday when he sentenced him to 32 years in prison, the maximum punishment allowed under law.

“There is no worse crime than taking and destroying the innocence of a child,” the judge said. “You have betrayed every possible human instinct of care and devotion to a child.”