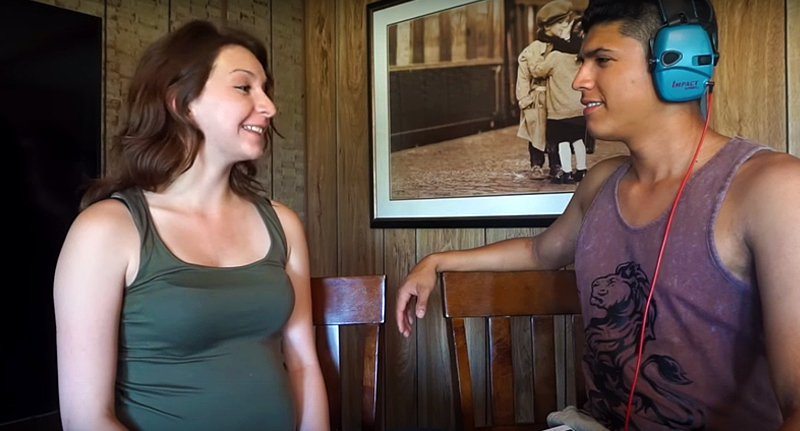 A woman fatally shot her boyfriend in a YouTube stunt to “boost her online profile”.

Monalisa Perez from Minnesota claimed after being charged in the shooting that it was a stunt gone badly wrong.

Ms Perez, who is pregnant, was charged on Wednesday with second-degree manslaughter in the death of Pedro Ruiz III.

According to a criminal complaint, 19-year-old Ms Perez told authorities Mr Ruiz wanted to make a YouTube video of her shooting a bullet into a book he was holding against his chest.

She says she fired from about a foot away and then fled the house, screaming.

Me and Pedro are probably going to shoot one of the most dangerous videos ever???????? HIS idea not MINE????

Their three-year-old daughter was reportedly at the scene when the shot was fired at about 6.30pm local on Monday.

Ms Perez told deputies that the stunt had been Ruiz’s idea, and that he had to convince her to do it. 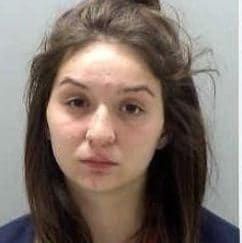 The book was supposed to stop the bullet in order to create a viral video.

The victim’s aunt, Claudia Ruiz, tells WDAY-TV that the couple played pranks and put them on YouTube.

The charge carries a maximum penalty of 10 years in prison.

Ruiz’s aunt said she carried out the stunt as she wanted to increase her online profile by gaining more followers on social media.

Ms Ruiz said that her nephew had told her he wanted to do the stunt “because we want more viewers, we want to get famous”.

“He had told me about that idea and I said, ‘Don’t do it. Don’t do it. Why are you going to use a gun? Why?'” Claudia Ruiz told the news channel.

“They were in love, they loved each other,” she said. “It was just a prank gone wrong.”

Monalisa Perez, a mother-of-two, tweeted about the stunt before it happened.

Fill your life with adventures, both things. Have stories to tell, not stuff to show. #adventures #young #lovelife pic.twitter.com/pgNhLsWa83

She wrote: “Me and Pedro are probably going to shoot one of the most dangerous videos ever HIS idea not MINE”.

She also posted on Facebook an hour before the incident, writing: “We are in the process of making Pedro a YouTube channel oh man is it going to be sweet! LOL.”

She added: “All the crazy stuff will [be] on his channel and mine. will be our family life!!!”

The YouTuber publishes many prank videos, including one where she tricks her boyfriend into eating “the world’s hottest chili pepper”.

In her most recent video, she speaks about her wish for viral fame. “Imagine when we have 300,000 subscribers,” she says.

Many of her videos are called Mami vs Papi, in which she plays pranks on her boyfriend.