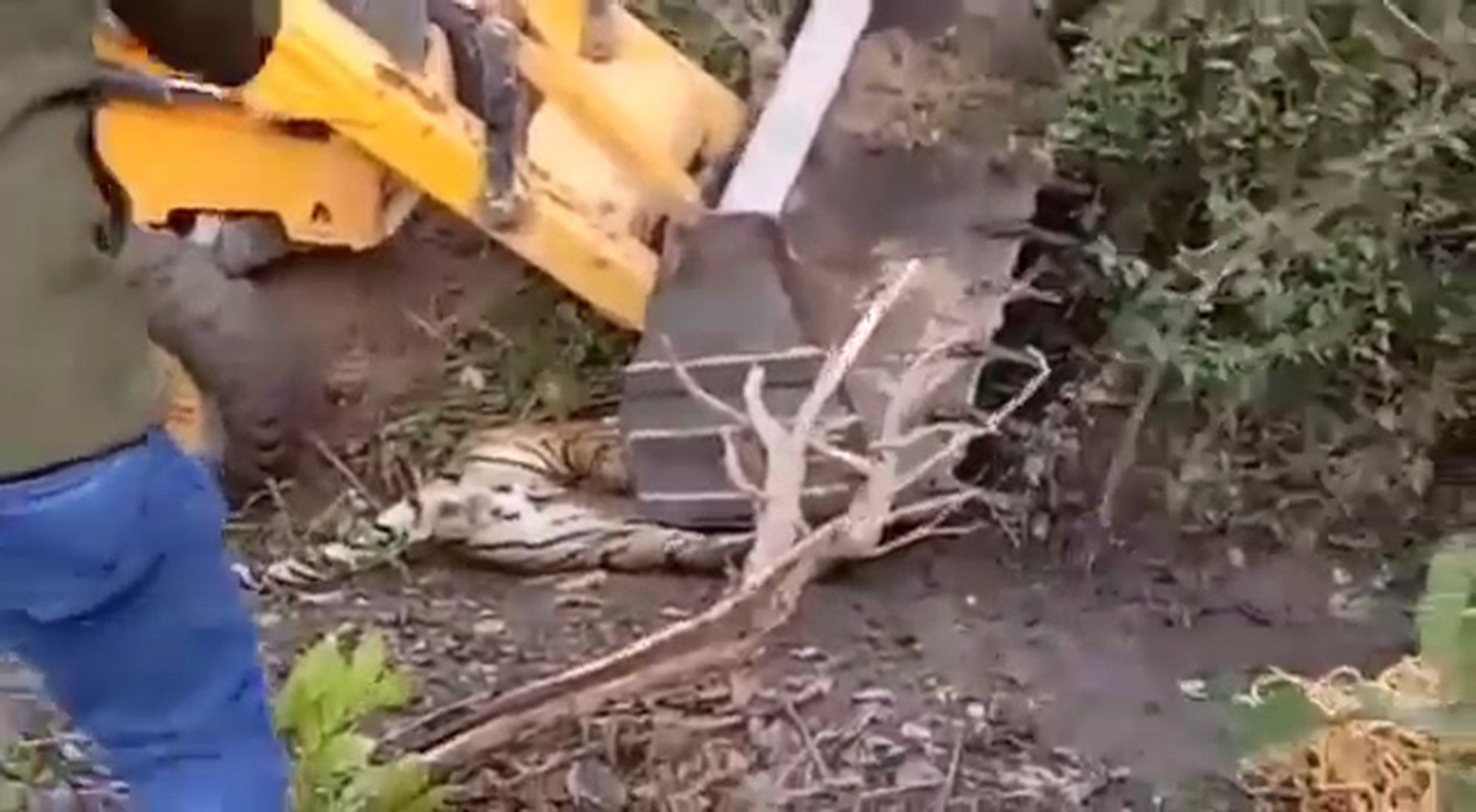 This shocking video shows the moment a tiger was crushed by construction workers.

The tiger was crushed to death by a JCB, after it killed two people near the site.

The clip was shot in Jim Corbett National Park, in the district of Nainital, in the northern Indian state of Uttarakhand.

Video shows the tiger, already woozy from having been shot with a tranquilizer dart, being cornered by the large JCB digging machine.

The driver manages to get the excavator bucket on top of the male tiger as men shout: ‘Crush him! Crush him!’

Several men are then seen rushing over with a net, but the tiger suffered fatal spinal wounds inflicted by the digger’s bucket.

The animal died of its injuries on its way to Nainital Zoo in Uttarakhand.

The tiger had recently killed a woman called Bhagwati Devi, and her father-in-law when he tried to rescue her, according to local media.

The workmen with the digger were in the forest collecting firewood and agreed to help deal with the tiger.

FOOTAGE RELEASED OF THREE TIGERS MAULING A MAN TO DEATH AFTER HE CLIMBS INTO...